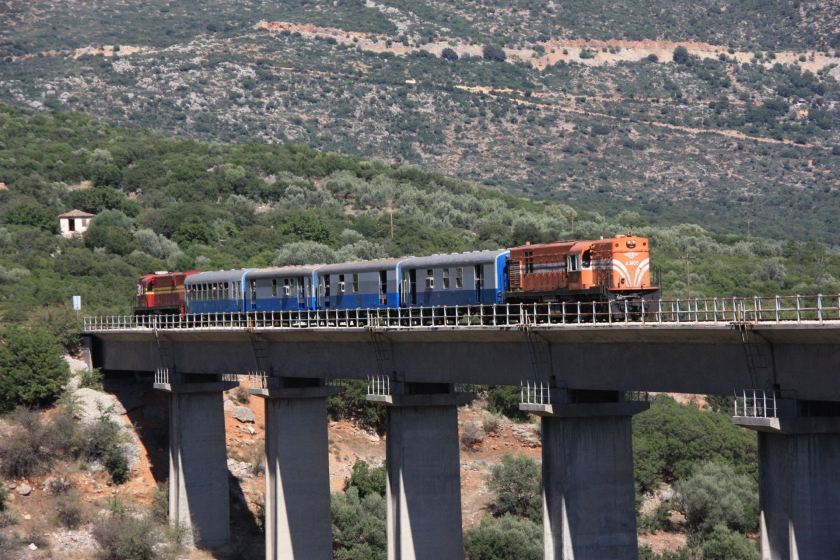 My interest in the extensive metre-gauge network around the Peloponnese Peninsula in Greece had been aroused during a summer-time visit in 1979, when I had travelled a few sections of the remarkable route, from Athens to Korinthos (Corinth), Mycenae to Tripolis and Olympia to Patra, while on a low-budget student month touring Greece and Greek islands.

Having fallen victim to the Greek financial crisis in 2011, which left only two isolated sections of the system in operation – Olympia to Pirghos and Katakalo and a Patra suburban service – it was good discover that much of the system was still useable three years later and to have the chance to travel much of the route on a two-day PTG Tour in October 2014. END_OF_DOCUMENT_TOKEN_TO_BE_REPLACED