Monday, 1 October 2018 will mark a significant and unwelcome anniversary in the history of the 21-mile long rail link from Trent Junction near Gainsborough to Barnetby via Brigg in Lincolnshire. It will be a quarter of a century to the day since the axing of daily passenger trains on this direct route from Sheffield to Grimsby and Cleethorpes in 1993, and their replacement with a token “Parliamentary” Saturdays-only service.

Paying a long overdue return visit to a route I had not travelled since withdrawal of daily services, I was keen to see at first hand the Brigg Line Group’s success at building passenger numbers along the line. So, after an early morning bus ride from Barton-on-Humber to Brigg town centre, I made my way to the station for a trip on the first departure of the day, the 09.26 service to Cleethorpes.

Brigg seems a rather pleasant town, though it is hard to escape traffic noise from the nearby M180, and the railway station is conveniently close to the centre of the town along a cul-de-sac leading to a large area of wasteland owned by the local authority, part of which could easily be used as a station car park.

Brigg station’s sole architectural feature is a brand new blue footbridge, identical to the one that was also gratuitously installed last year at Gainsborough Central, where a long established foot crossing of the line seems more than adequate.

There were six of us boarding the first train of the week from Brigg on Saturday (20 January) – the 09.26 to Cleethorpes – bringing the total passenger count to 13.

Returning later on the first up train – the 11.14 Cleethorpes to Sheffield – there were 19 adults and 2 children aboard as we left Barnetby, with two further joiners (and two alighting) at Brigg and one joiner at Gainsborough Central, where I alighted. Gainsborough Central – as its name suggests – serves this large town far better than Lea Road, which is around a mile south of the town.

It is a rather a desolate place, once voted the worst station in Great Britain, yet besides its new footbridge, another 2017 change here saw replacement of its semaphore signals – not by colour lights, but by a trio of brand new semaphores!

A good number of people joined the second eastbound train of the week, the 13.03 departure for Cleethorpes, and it is worth noting that not only is this a much more direct route from Sheffield towards Grimsby, but a ticket via Brigg is considerably cheaper than one on the longer route via Lincoln. My Gainsborough-Cleethorpes off-peak day return was £13.50 via Brigg, but would have been £16.80 via Lincoln. 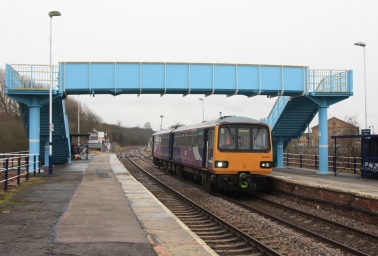 While services today are pretty much useless for all but diehard rail travellers, there are signs of better times ahead. Major lobbying efforts by the local authority could see the provision of an hourly service between the station and Nottingham, through an extension of existing Robin Hood Line trains from Nottingham beyond their current terminus at Worksop.

Even more ambitious are the hopes of the promotional group, The Brigg Line Group (www.facebook.com/BriggLine), for daily two-hourly services from Nottingham and Worksop all the way to Grimsby and Cleethorpes. Now that would be real progress. 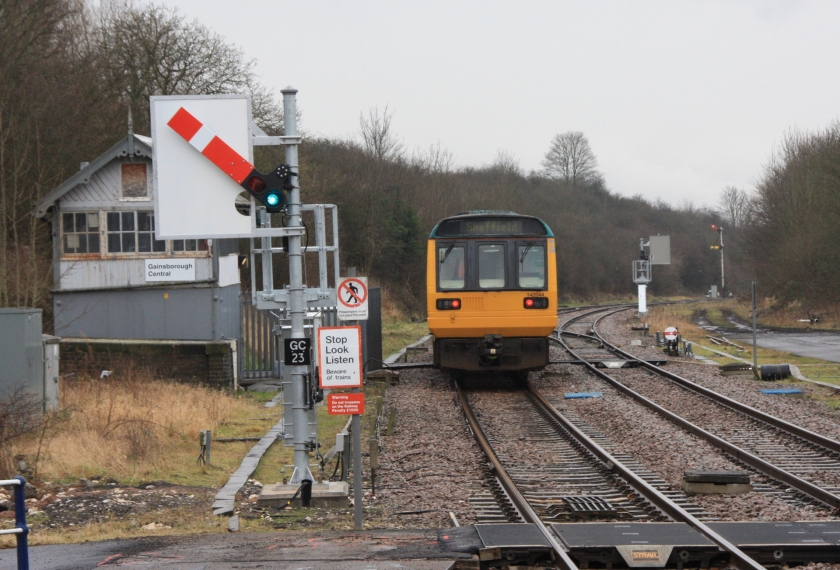