Not a place notable for its signalling interest, but a pleasantly rural spot that is worth a visit for the variety and frequency of traction passing through this very quiet station, four miles south of Banbury.

Kings Sutton was once a junction for the Banbury and Cheltenham Direct Railway, whose route via Chipping Norton and Kingham (closed to passengers in June 1951) left the main line just to the south of the station.

It is also curiously in Northamptonshire, not Oxfordshire, has the distinction of being that county’s least used station (2017/8: 65,400 entries and exits) and is the nearest station to the town of Brackley, six and a half miles away, once a major stop on the Great Central Railway. 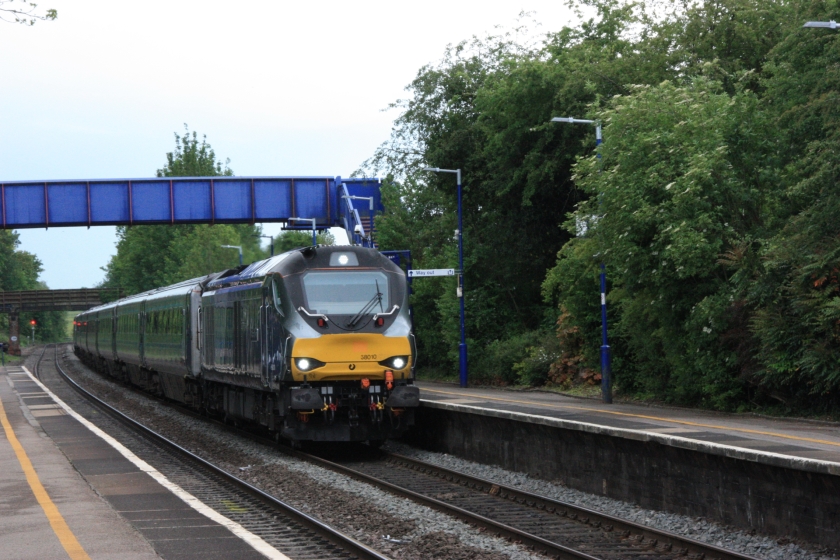 The village today is served by GWR stopping services between Banbury, Oxford and Didcot every couple of hours, as well as some Chiltern Railways services to and from Marylebone. These diverge from the Oxford route at Aynho Junction, a couple of miles south of the station.

As this selection of shots taken over a couple of hours around midday on 28 May shows, traffic passing through Kings Sutton includes Class 165/6/8 units on GWR and Chiltern Railways services together with XC Class 220/1 Voyagers half-hourly in each direction. 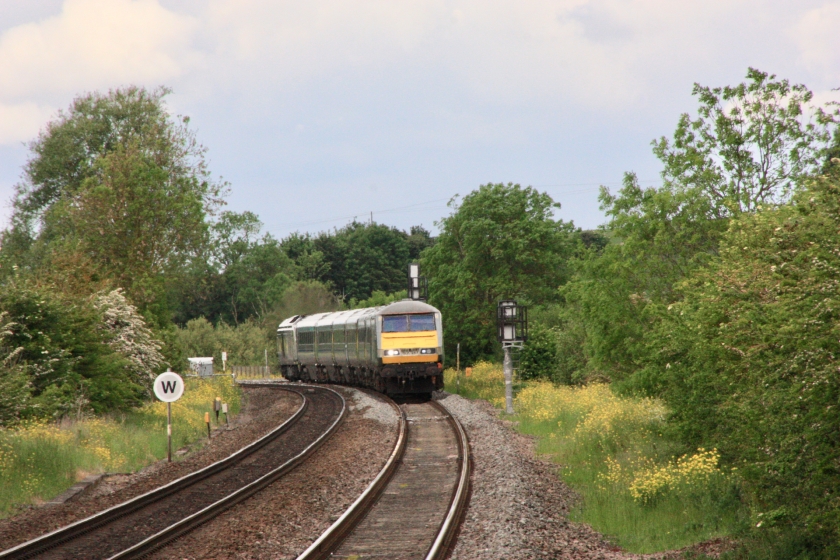 Locomotive interest comprises the Class 68-operated “Mainline Silver” services between Marylebone and Birmingham, as well as a steady procession of Class 66-hauled freight services, principally running to and from Southampton Docks.

Among this steady flow of longer distance freight traffic was one rather more local working, when GBRf 66716 passed on a very short train load of wagons, working from the MoD site at Kineton, north of Banbury, to MoD Bicester, seen above approaching Kings Sutton and later at Oxford (bottom photo) on the final leg of its journey.

My new book “Britain’s last mechanical signalling” is being published by Pen & Sword on 30 June.