Intensive test running has begun on the Wuppertal suspension monorail ahead of its planned re-opening to passengers in August, ten months after damage to its track led to the suspension of services in mid-November.

During a visit to the town on 23 May, empty trains were running along the unique and world-famous 13.3km (8.3 mile) route at 3-4 minute intervals, with services being indicated outside stations, but the stations themselves remaining locked.

Around 85,000 passengers a day normally use what is properly known as the Wuppertaler Schwebebahn and have been provided with a replacement bus service while the re-building and testing work is completed.

There are a total of 20 stations along the route, which for the most of its length (10 kms / 6.2 miles) runs above the River Wupper, with the remaining 3.3 kms from Sonnborner Straße and Vohwinkel at its western end built above a road.

An extensive modernisation programme has been undertaken on the 1901-vintage Schwebebahn in recent years, including renewal work to the supports and stations, while a new fleet of trains entered service in December 2016. 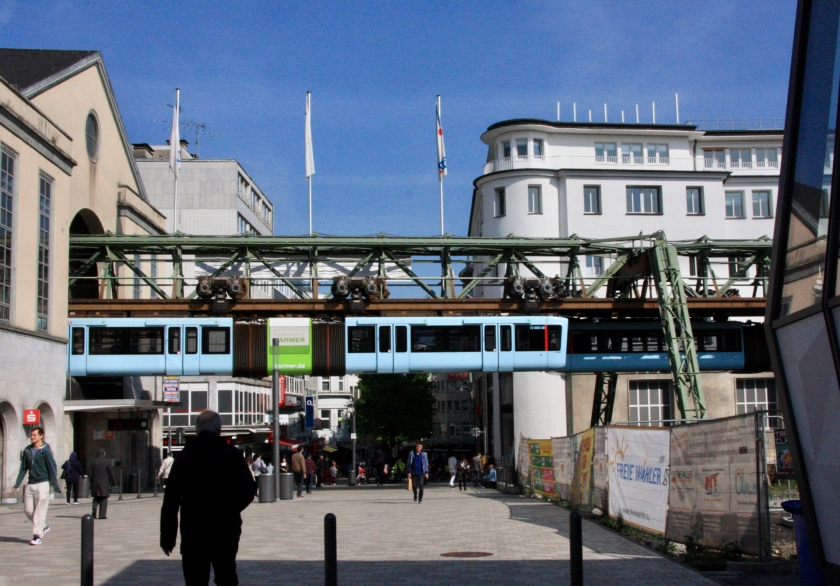 The 31-strong fleet of articulated units were built by Vossloh at Valencia in Spain and replaced earlier GTW units dating from the early 1970s. These new units sport a light blue livery with cushioned seating and air conditioning and allow passengers an uninterrupted view from the rear window of each set. 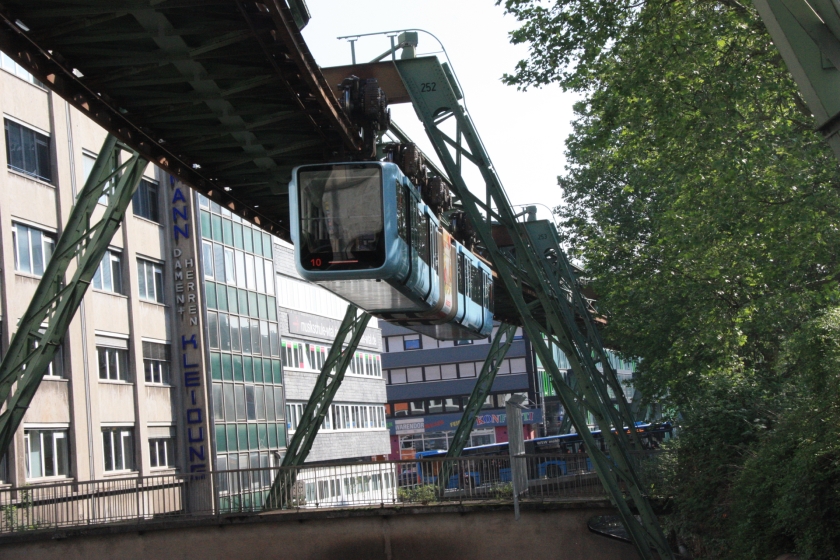 Besides featuring in a number of films, and having suffered a number of accidents during its 118 year history, the remarkable Schwebebahn is best known for the incident on 21 July 1950, when a circus elephant named Tuffi was taken for a ride, panicked and fell 12m (40ft) into the Wuppertal River, sustaining only a slight scratch in the process!