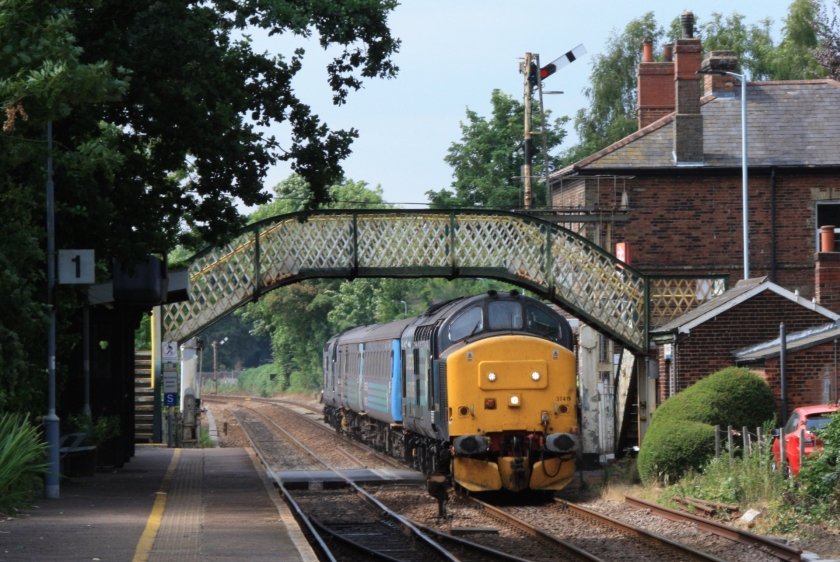 Re-signalling of the Wherry Lines from Norwich to Great Yarmouth and Lowestoft continues apace – with “bagged lollipops” having already appeared at a number of locations, so after previous looks at Reedham and Oulton Broad North, it is time to pay a visit to the third mechanically-signalled junction on this fascinating network.

Brundall station stands 5¾ miles east of Norwich and is the point where a single line to Great Yarmouth via Acle diverges from the double track route to Lowestoft. It is served by hourly trains on the Acle line and by some, though not all, of the Lowestoft services.

The unstaffed station has staggered platforms, with the down platform (2) to the west side of a level crossing and footbridge, while the up platform (1) stands to the east of the crossing and extends all the way to the Grade II listed Signal Box.

A feature of particular interest here is that a dedicated crossing keeper occupies a small hut under the footbridge and at the sound of a bell rung by the signaller, emerges to close and later re-open the wooden crossing gates, a feat he performs several times every hour. 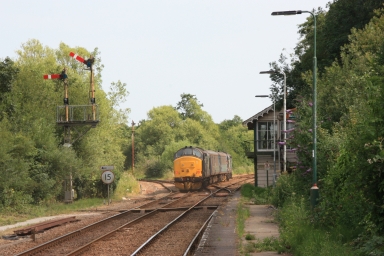 From the station a total of eight semaphore arms are in view. Starting at the western (Norwich) end of the station there is down outer home (BL3) and up starter (BL28), while at the end of platform 2 and immediately in front of the level crossing stands down home BL4.

There are good vantage points in both directions from the footbridge and from the eastern end of platform 1, while no visit to Brundall would be complete without a visit to the Yare pub nearby, and a chance to sample some locally-brewed Woodforde’s Wherry, one of the finest beers in Britain! 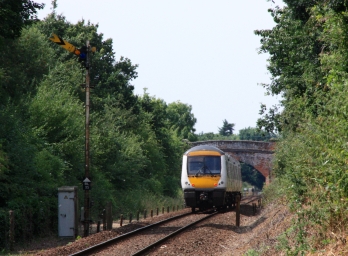 But those with a copy of the local Ordnance Survey map (134) should be tempted into venturing a bit further afield in order to see Brundall’s two working up distant signals, and another that is controlled by the Chapel Road crossing box at Lingwood, a station 2¼ miles on from Brundall towards Acle.

For a great spot to see and photograph both the Acle line up distant (BL35) and this down distant (CR1) head out of Brundall to the village of Strumpshaw, just over a mile away, then take a well-marked path heading across a field in a north westerly direction until you reach a foot crossing with views of both signals. 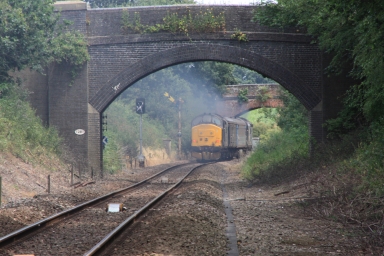 From here to find the Lowestoft line up distant (BL32) return to Strumpshaw then head south, passing Strumpshaw Hall on your left, before bearing right in the direction of a small car park. This brings you to two further foot crossings – one some distance in front of the distant signal and one behind it.

New colour light signals have already been installed in front of CR1 (pictured above) and behind BL35 (pictured below), so it is only a matter of months before the quaint and timeless scene at Brundall station itself will have changed forever.

Catch it now, before it’s too late! 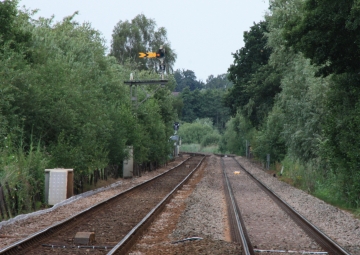