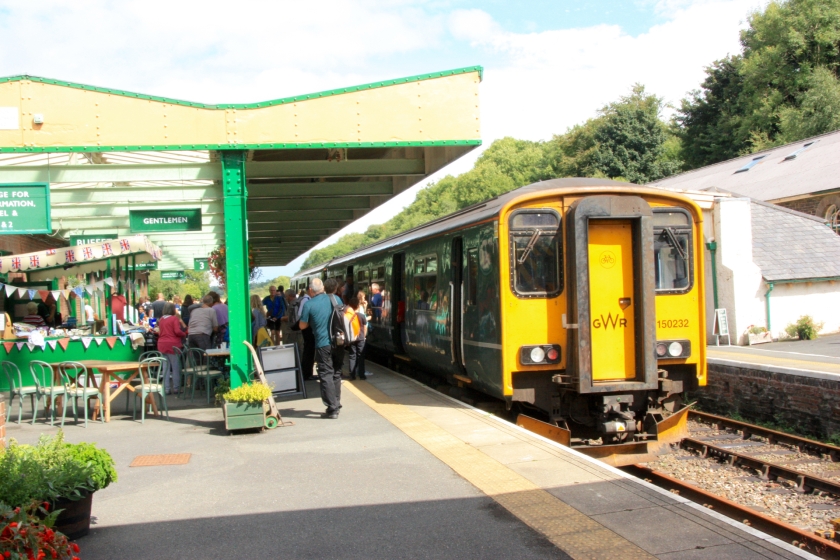 Okehampton is one of those places where the argument for reinstating train services seems to have been won in spades, yet time marches on and, in spite of the right noises being made, nothing actually seems to happen.

For more than two decades the residents of this Devon town, and those wishing to sample tourist attractions, like the Granite Way path leading south over the Grade I Listed Meldon Viaduct, have been tantalised by a seasonal service on one day a week.

Passenger trains from Exeter are run over a 15-mile stub of what was once the main Southern Railway route to the South West on 17 summer Sundays. With almost 6,000 journeys recorded in ORR figures for 2016/7 that represents a highly respectable total of 350 passengers a day, or an average of almost 90 on each of the four round trips. 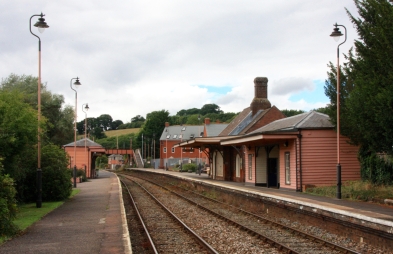 Traveling the 50-minute journey from Exeter (£5.40 day return), it is well worth breaking your journey at Crediton, to appreciate the delightfully preserved LSWR station buildings, together with the 1875 Signal Box, from where the driver is given the single line token for the route on to Okehampton.

From here the route runs parallel to the Barnstaple line for three miles, until diverging just north of Yeoford. The route is then fairy overgrown with line-side vegetation for much of the way, although the track seems in excellent condition.

Pictured below on 12 August 2018 is the driver of GWR 153325 – the 14.08 Tarka Line service from Exeter St Davids to Barnstaple – receiving the single line token from the Crediton signaller for the section to Eggesford.

There are brief glimpses of the two fine station buildings at Bow and North Tawton and some views across to Dartmoor before a brief pause at Sampford Courtenay and then arrival at the charmingly restored Okehampton station, where a Dartmoor Line service will take you another couple of miles to Meldon Viaduct – pictured below.

The Devon County Council-sponsored Sunday services are well established and clearly popular, both as a means for tourists to reach the town and for locals to have a day out in Exeter, Torbay or to connect at St David’s station with services to further afield.

Taking the train is faster than the Stagecoach 6 bus, which takes an hour to reach Okehampton on Sundays and two hours to reach Bude. The Cornish coastal resort was left rail-less by Beeching, but a rail re-opening campaign is now starting to build momentum.

Work has apparently taken place to identify and prepare the site for a new Parkway station east of Okehampton, and the Government has singled out the route as a re-opening candidate, giving operator GWR instructions to develop plans for a regular seven days a week service.

In January, Transport Secretary Chris Grayling wrote to MPs in the South West and stated:

“We have instructed GWR to prepare plans to introduce regular train services to Okehampton, with the objective of securing a credible and costed plan for delivering an all-week, all-year train service between Exeter and Okehampton as soon as reasonably practicable.”

At the end of the day, though, it will be all about money – just look at the saga over re-opening the Portishead branch – and as long as we persist in absurd follies, like paying £100k salaries to a quarter of the 1,300 people working on HS2, there is always going to be a battle to be fought, even over no-brainer re-openings such as this. 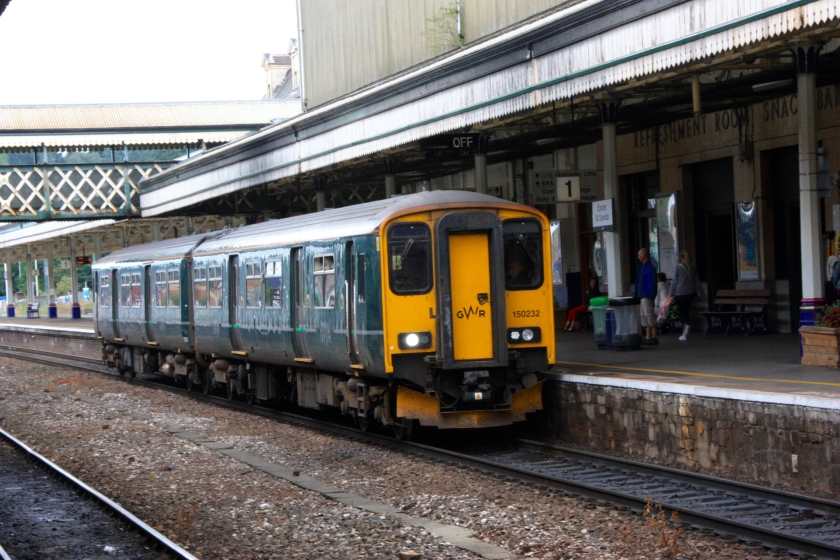