There is something rather special about a trip to the Isle of Wight. For many it is the charming scenery and fine beaches, for others it is the glorious countryside and fine walks.

Having already appreciated it all by walking the 65-mile long coastal path, what continues to make the island so special for me is its quaint railway systems – as well as the thrill of being able to travel there on the world’s last commercial hovercraft service.

Much has been written about what the future holds for the island’s 8.4 mile long line from Ryde Pier Head to Shanklin and its 1938-vintage rolling stock, yet nothing seems to happen, and there are no definite plans for anything to change. 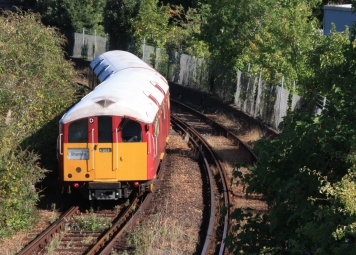 So almost three decades after their arrival on the island, the dilapidated two-car trains still continue to rattle up and down the line at irregular intervals twice an hour while their fate, and that of the line, is considered elsewhere.

Only three of the six surviving Class 483 units are in regular service, according to my knowledgeable local guide at Brading Signal Box. These are 483004/6/8 – all of which were in action on my 13 September visit. Units 483007/9 are nominally serviceable and 483002 stands forlornly in the yard at Ryde St. Johns Road, below, where it has been cannibalised for parts and looks unlikely to run again. 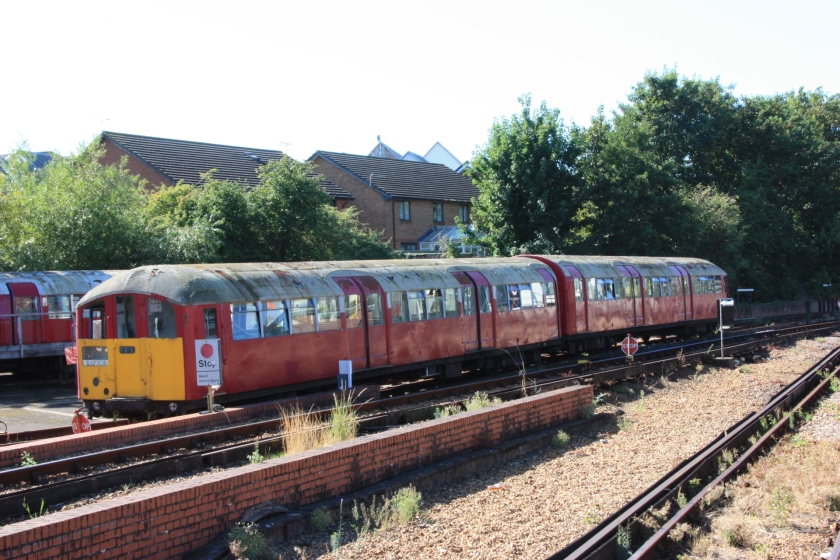 Taking advantage of a fine autumn day to make the ten minute crossing from Southsea Hoverport, and armed with the Ordnance Survey Explorer Map of the island (OL29), I took a pleasant 4½ mile walk from the hoverport alongside Ryde Esplanade to the Grade ll listed station at Brading, roughly mid-point on the route to Shanklin.

Heading east along the Esplanade in Ryde, go right at the first roundabout into Dover Street, then immediately left into East Street. Follow this for a short distance until it reaches Monkton Street. Turn right here and head south, where you will pass the southern portal of Ryde Tunnel. 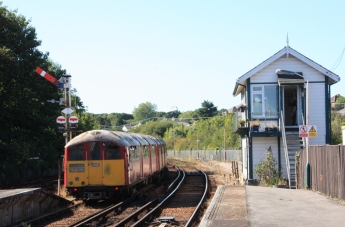 For a chance to see the St Johns Road down home signal – one of only three working semaphore signals on the Island Line and pictured at the bottom of this piece  – take a left into Park Street to the bridge just beyond the splendid Isle of Wight Bus Museum. Returning to Monkton Road and carrying on for 300 yards brings you to St Johns Road station. 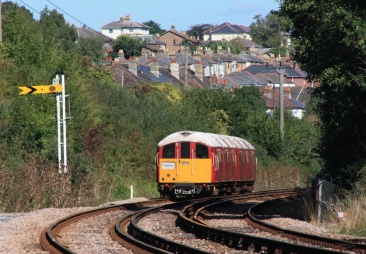 Continuing south from here, turn left and go a short way past the pub in St Johns Road before taking Quarry Road on the left. Walk to the end of this road, past allotments on the left, through which you will spot the St Johns Road up home signal.

At the end of the road carry on along a well-trodden path and after only a few minutes you will emerge at a foot crossing over the railway, just south of the St. Johns Road up fixed distant signal (the down distant having been visible from Monkton Street).

There is a good view of passing trains from this crossing and another when you have crossed the line and taken a path running south along the east side of the line to a bridge on Smallbrook Lane. Beware though that the road is busy and narrow, with no pavement.

From this bridge, walk carefully west along Smallbrook Lane before taking a path (R50) to the left, which takes you past the Isle of Wight speedway stadium and brings you to a quieter lane. Walk south past a sign saying Ashey, then take a left onto path R35.

A short way down there is a foot crossing, known as Galloways Crossing, over the Isle of Wight Steam Railway and a pleasant photo spot, with yet another fixed distant signal standing nearby. Cross the line and the path bears right through Whitefield Farm and passes a small wood on the right.

Continue to a second wood then bear left down the side of a field until you reach a quiet lane. Turn right onto the road and after 200 yards turn left opposite Hardingshute Farm onto path B20. Walk diagonally across a large field (not well marked) until you reach the edge of a wood, which you enter over a wooden bridge. 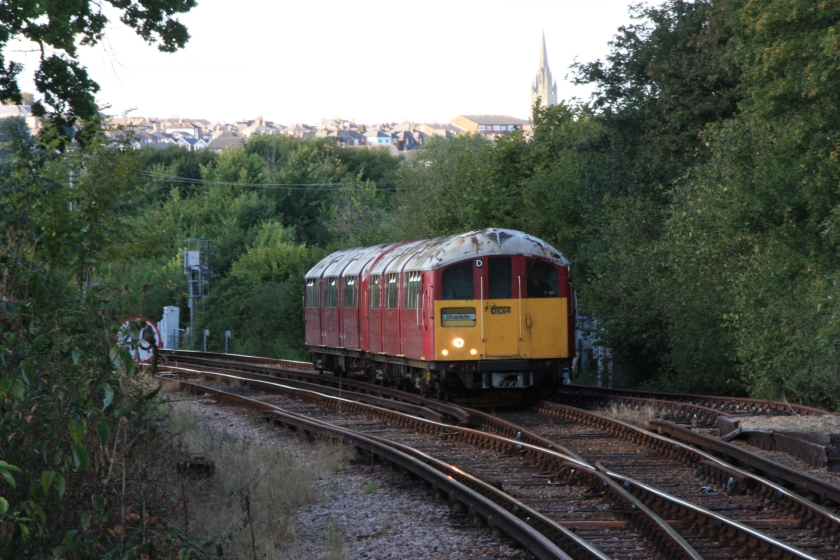 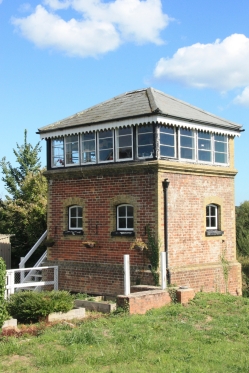 On emerging from the wood, turn left into West Lane, another narrow and rather busy thoroughfare. Carry on for around a quarter of a mile, passing Nunwell House on your right, before turning right into a Cul-de-sac called Doctors Lane. Continue on a metalled path past Kings Close and you will then emerge on the edge of Brading.

Head straight on down West Street until it reaches the High Street (A3085) opposite The Wheatsheaf pub. Cross the road and head along the main road for about 50 yards until you reach Station Road on your left, which sweeps down to the charming station and, if you are lucky, a chance to visit the delightfully restored signal box, made redundant after singling of the Brading to Sandown section of line in 1989.