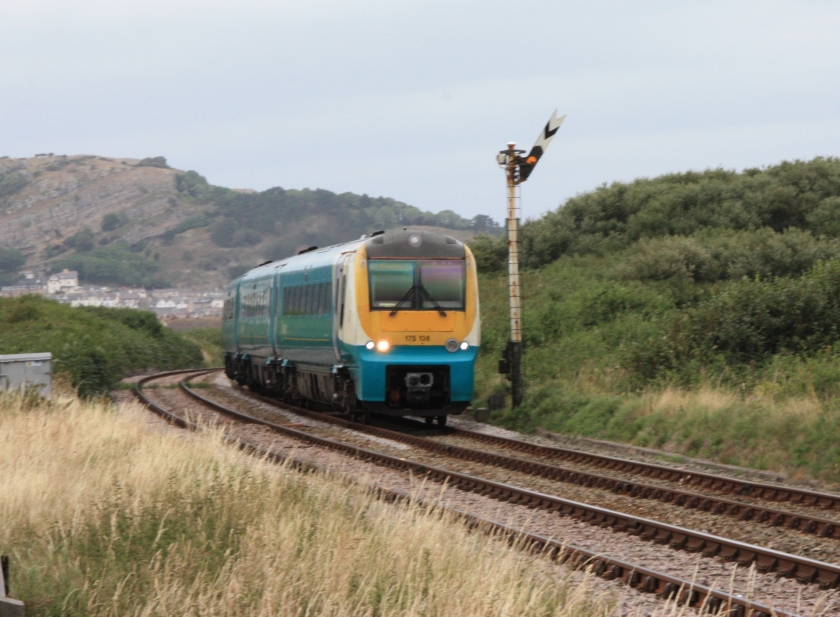 Re-signalling along the North Wales coast earlier in the year (see my posts on Rhyl, Abergele and Prestatyn) means mechanical signalling in the area is now confined to Anglesey on the main line and to three locations on the delightful Conwy Valley Line from Blaenau Ffestiniog to Llandudno.

On the branch proper, the remaining signal box at North Llanrwst controls four semaphore signals and the only passing loop on this line, while at the northern end of the route there is an interesting outpost of mechanical signalling between Deganwy and the seaside terminus at Llandudno, 1¾ miles to the north.

Llandudno Station Signal Box is an impressive structure dating from 1891 that, like so many others, has been ruined by the replacement of its traditional glazing with uPVC windows. It controls movement in and out of the three platforms, and the notable feature here is the gantry at the exit from platforms 1 & 2, with shunting arms alongside each of the starting signals, and another alongside the platform 3 starting signal. 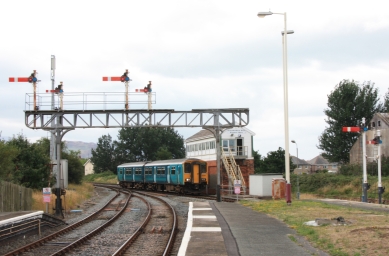 To appreciate the remaining five semaphore signals between the station and Deganwy – mid-point on the three-mile branch from Llandudno Junction – it is well worth taking a walk down Builder Street and then Builder Street West, to the east side of the railway and reached by turning right outside the station into Oxford Road.

This ten-minute walk brings you to a bridge over the railway on the A546 Bryniau Road, where there is a good view looking north of the down home signal, complete with its platform indicator box. 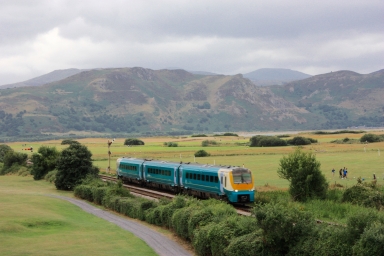 From the other side of the road there is an even better view, with both down outer home and up section signals in view. These stand close to each other at a point where the railway passes between two golf courses, the Llandudno on the east side and the North Wales Club on the West (coastal) side. 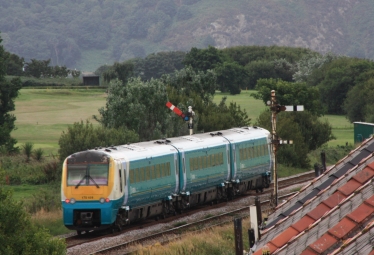 The next challenge is to get a shot of that great rarity, a working distant signal. DY5, the motor-worked Deganwy up distant, is one of only two surviving distants in North Wales (the other being at Ty Croes on Anglesey).

Here I owe a huge debt of gratitude to the secretary of the North Wales Golf Club, who kindly gave me permission to walk the course and photograph the signal, which stands alongside the eighth hole (384 yards, par 4), as seen in the photos top and bottom.

Not only is there a relatively unobstructed front view of the signal, but there is even a tall fixed step ladder nearby, giving an excellent and totally clear view from the rear of the signal of passing trains. 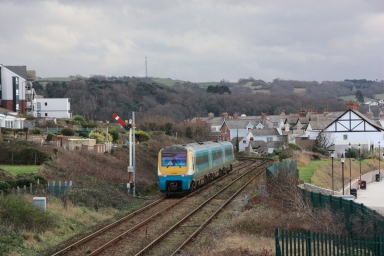 Heading south and exiting the golf course, there is a footbridge giving a good view of Deganwy up home (DY6). Having been at this spot 18 months ago, I assumed that the pole standing behind the signal – pictured right – indicated its early replacement, but returning this week, nothing has changed.

Continuing along a coastal path and the road it becomes, brings you to Deganwy station and level crossing, where the last of the semaphores – a down home – stands immediately in front of the attractive box (1914) and the level crossing it protects. 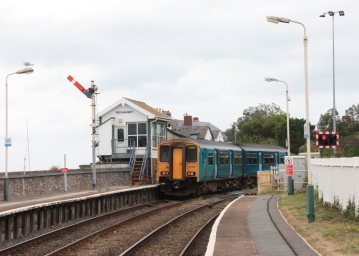 Rolling stock variety may be rather limited on the line – currently a mixture of Arriva Trains Wales Class 150 and 175 units, with one evening visit by the Class 67-worked set – but what it lacks in variety it more than makes up for with its attractive and scenic locations. 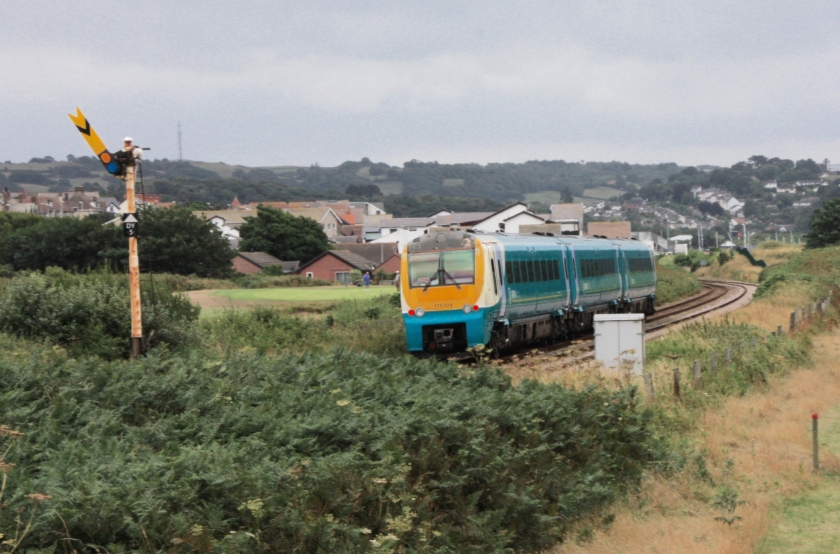