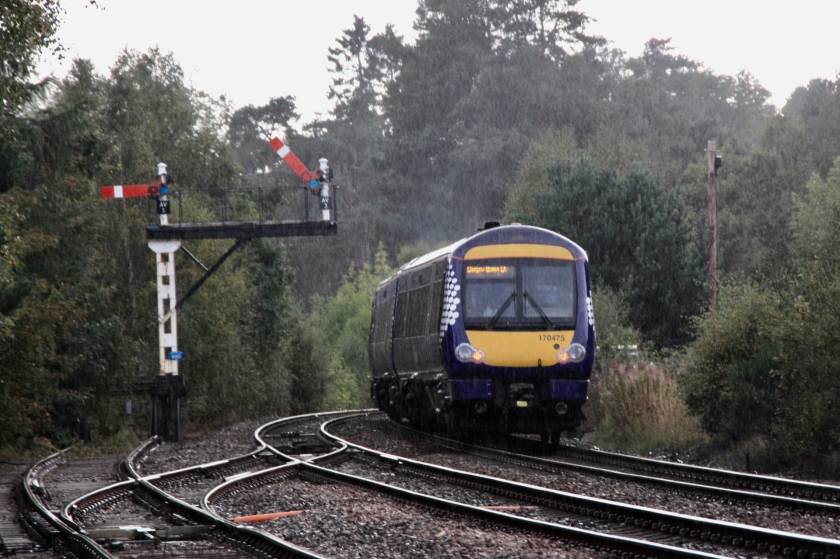 Completion this month of what is known as Highland Main Line Upgrade Phase Two will see the disappearance of semaphore signalling at two locations along the magnificent route from Perth to Inverness.

This £20m project, aimed at delivering an hourly service and a ten minute reduction in journey times from December, will see the disappearance of mechanical signalling at Pitlochry, along with platform extensions to handle the new Inter7City HST sets.

At Aviemore another outpost of mechanical signalling will also disappear as part of the Phase Two works that will also see its passing loop extended to the north of the station, where the line runs parallel to the preserved Strathspey Railway. 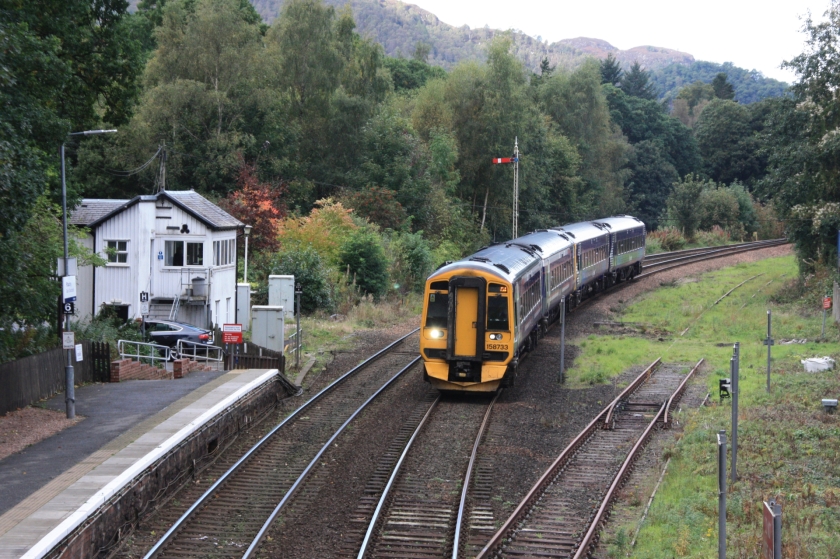 In total it will mean the disappearance of eight semaphore arms, four at each location, with the most notable loss being at Pitlochry in the shape of down starter PT21 (above), a tall Highland Railway lattice post standing just north of the listed 1911 signal box.

The other three semaphores being lost at this location are up home (PT4), which stands out of sight beyond the platform ends, and two at the south of the station – up starter PT5 and down home PT23 (below). 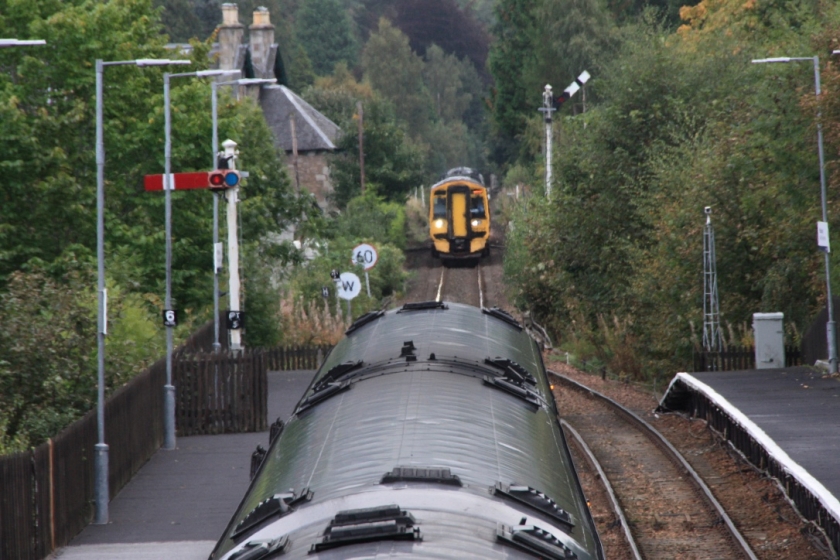 All four of Aviemore’s surviving semaphores can be seen from the station platform, along with a number of others on the adjacent Strathspey Railway. To the north of the station is a bracket with down home AV28 alongside a miniature shunting arm, while on a bracket south of the station are up starters AV5 and AV3 (pictured top). 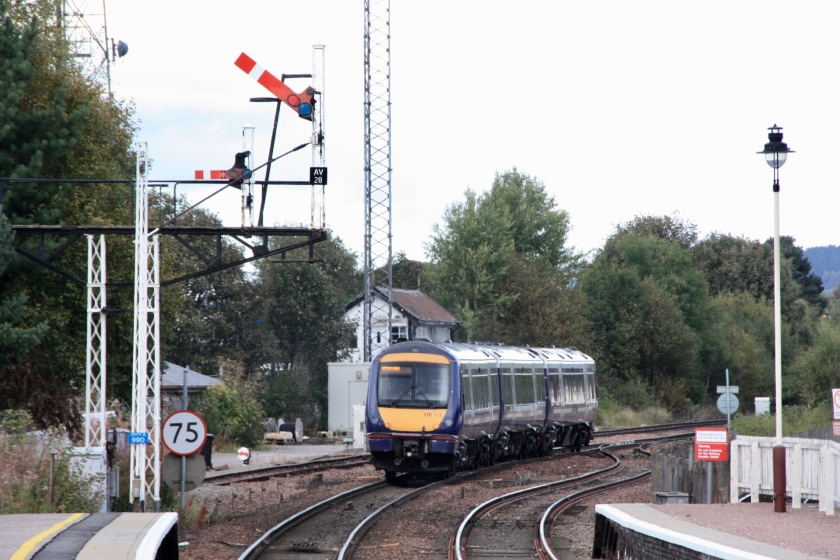 Once re-signalling at Aviemore and Pitlochry has been completed, it will leave just five locations with mechanical signalling between Perth and Inverness. These are Stanley Junction, Dunkeld, Blair Atholl, Dalwhinnie and Kingussie.

For a comprehensive list of surviving Scottish semaphores, go to www.scot-rail.co.uk My new book “Britain’s last mechanical signalling” is being published by Pen & Sword in July.

Steam meets HST at Aviemore on 2 October 2016, where LMS Ivatt 46512 waits in platform 3 with a Strathspey Railway service as 43307/311 arrive in platform 1 with the up Highland Chieftain to London Kings Cross 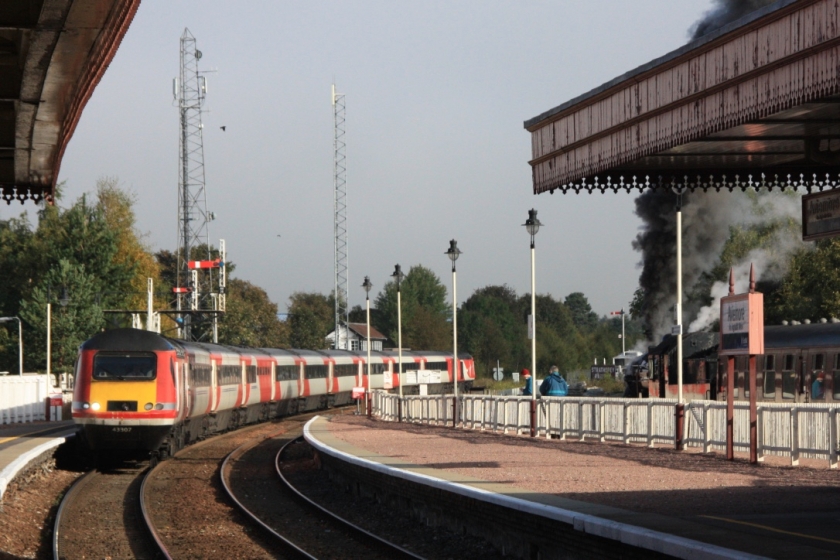