Co-acting signals were once a fairly common feature of our railways, but are now an endangered species. There are only three remaining examples on the national network, of which one will disappear early next year and another is threatened by potential electrification and re-signalling.

These duplicate signals were installed where a driver’s sighting of a signal was adversely affected by a curve in the line, or by an intervening over-bridge or other obstruction, as this photo-tour of Britain’s surviving trio – Cantley, Helsby and Greenloaning – will hopefully illustrate.

First up is Cantley’s down home signal C21 (or outer home, until this Wherry Line box was downgraded and lost its original home signal). Unlike the other two, the case for this one is based not on a bridge in the driver’s line of sight, but in a lengthy left hand bend in the line.

Cantley is a charming spot, mid-way along the route from Norwich to Lowestoft, and C21 can easily be seen from the end of the up platform and from a nearby foot crossing. It will disappear in February 2020 when new signalling is belatedly commissioned, but has thankfully found a new home in preservation on the Mid-Norfolk Railway. 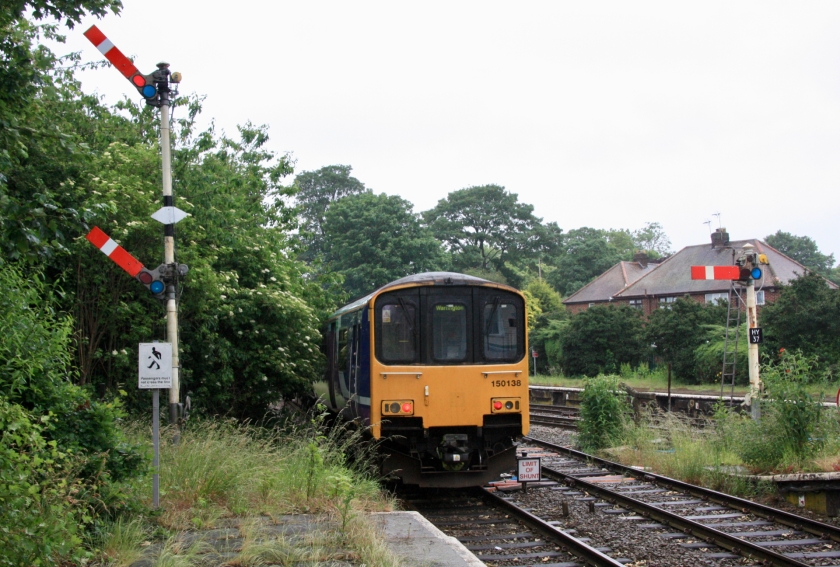 Moving from Norfolk to Cheshire, the least used of this trio is signal HY38 at Helsby Junction, which controls exit onto the mainline from the “Cinderella” Ellesmere Port – Helsby line, with only one train a day scheduled to pass it at the time of my 10 June 2017 visit, the 16.14 departure for Warrington Bank Quay (pictured above). 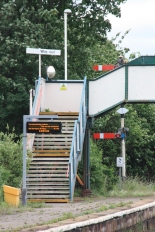 As this photo illustrates, the need for a co-acting signal here is principally the station footbridge, although there is also a left hand curve in the line on the approach to the station, which would affect a driver’s sighting of a signal here at conventional height.

Finally, heading north of the Border, the third remaining co-acting signal is GL27 at Greenloaning, site of a long-closed station between Stirling and Perth, and a signal box that was open at the time of my 8 December 2016 visit, but apparently is normally “switched out” with all signals left in the off position.

Like Helsby, the sight-line for a conventional signal would be obscured by the road over-bridge, so GL27’s height means the driver of an approaching (up) train can see that the line is clear from the top signal that is clearly in view above the road bridge.

While the signal at Cantley will be disappearing in a matter of months, those at Helsby and Greenloaning should be with us for some time to come.

But talk of extending electrification from Dunblane to Perth would spell the end of mechanical signalling at Greenloaning, as well as four other outposts on this route – Dunblane, Auchterarder, Blackford and Hilton Junction.

In the railway preservation world, one particularly fine example of an earlier generation of co-acting signal is this lower quadrant London & South Western Railway (LSWR) design, now the down starter at Ropley on the Mid-Hants Railway. 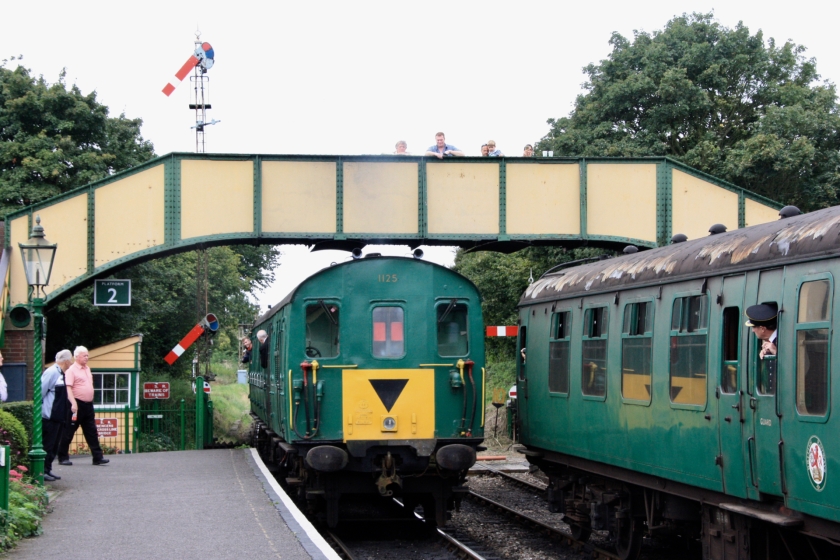 Britain’s last mechanical signalling is out now, and available from publishers Pen & Sword, from good transport bookshops, and from many online retailers. 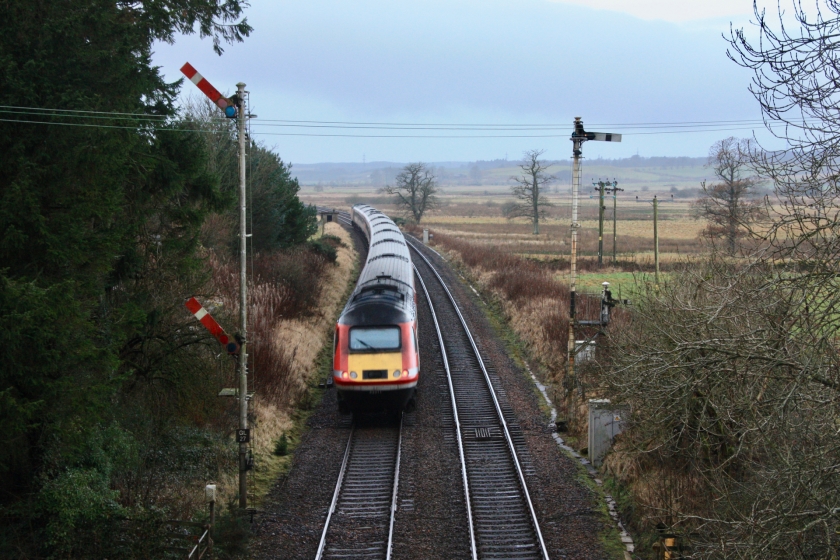