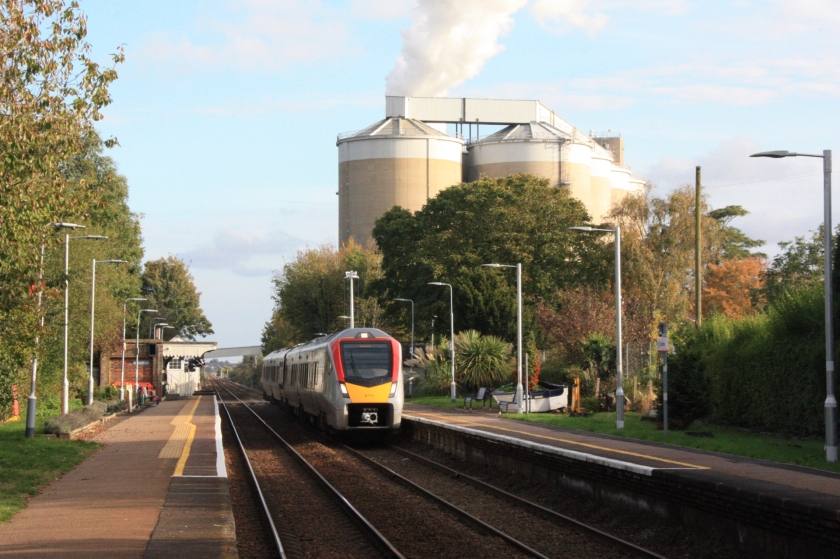 Paying a return visit to the Wherry Lines, principally to photograph Cantley’s famous co-acting signal, it was good to see more evidence of the new Class 755 units than on my visit to Lowestoft at the beginning of the month.

After the ending of Class 37 operations it was also good to see some loco action on my 23 October 2019 visit, in the shape of a Class 66-worked Railhead Treatment Train (RHTT) operating its seasonal circuit from Stowmarket. 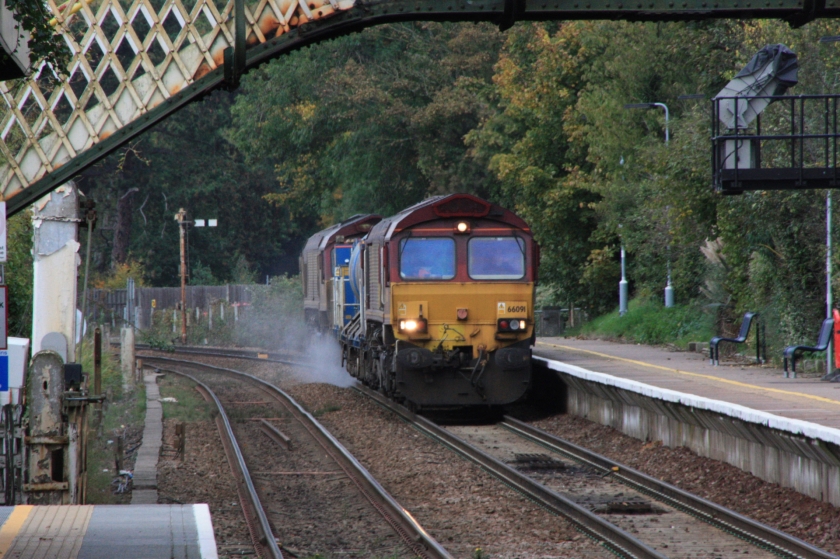 Waiting to see the RHTT at Brundall on its outward journey to Great Yarmouth, I had been hoping to see it in the hands of Class 37s, but instead the motive power was DB 66091/126, both in the original maroon livery.

After only seeing one 755 unit on my last trip, the tally doubled this time, with my 12.36 departure from Norwich being formed of 755414 and the chance at Brundall to then see 755413 operating the 12.57 Lowestoft to Norwich.

The 755 units are very comfortable to ride in, if my limited experiences to date are anything to go by, and certainly a step up in quality from the Class 153 and 156 units, with the most unusual experience being the walk along the narrow corridor through the power car at the centre of each bi-mode unit! 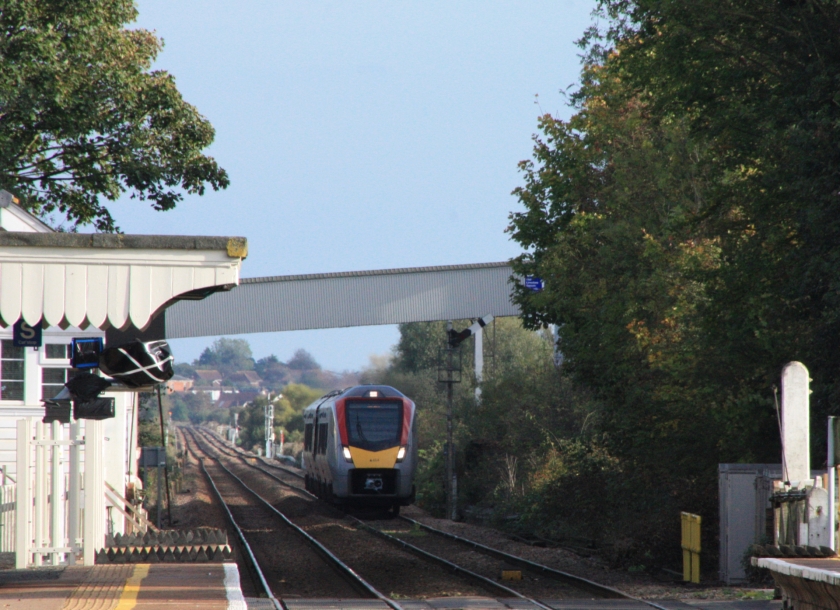 755414 was later in evidence on the 14.05 Norwich-Lowestoft and 14.57 return, as seen above passing Cantley’s up distant and home signals (and in top picture), but that was about it, with other services still being operated by Class 153/156/170 units.

Watch out for my next blog on Britain’s last co-acting semaphores, including down home C21 at Cantley. My new book “Britain’s last mechanical signalling” is out now and available from publishers Pen & Sword and from many online retailers. 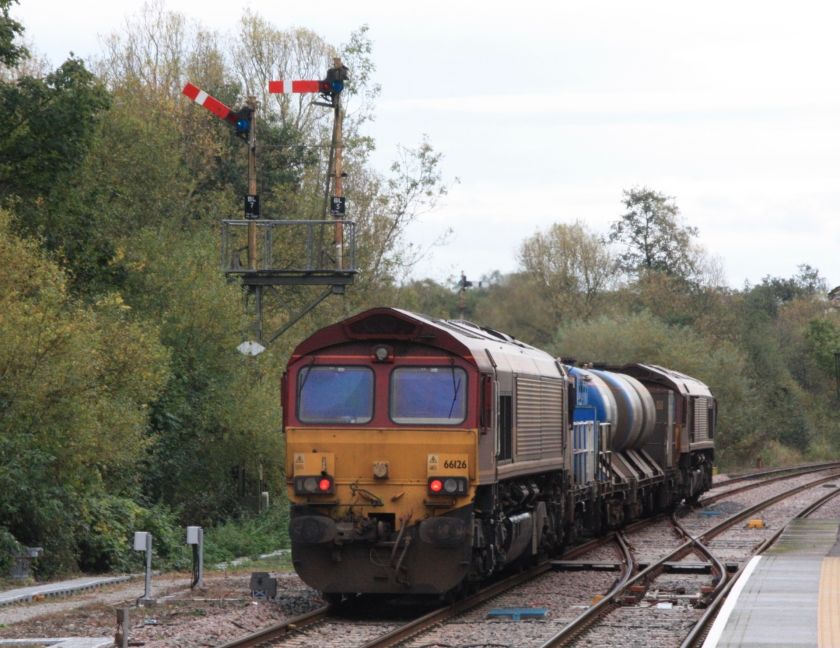