After what seemed like an interminable wait, users of the North London orbital rail service linking Gospel Oak with Barking finally have the train-set and services they have been waiting for, and a good service it seems too.

The 13-mile long GOBLIN route was long-regarded as one of those Cinderella services that suffered from old, inadequate and unreliable rolling stock, as other parts of the London Overground network got new, longer and more frequent trains, and saw passenger numbers leap.

My last trip from Barking to Walthamstow had been aboard a replacement bus that took a very long time to reach its destination, so it was a great pleasure to have a chance to spend an afternoon sampling the Class 710 Aventura units now working the route. 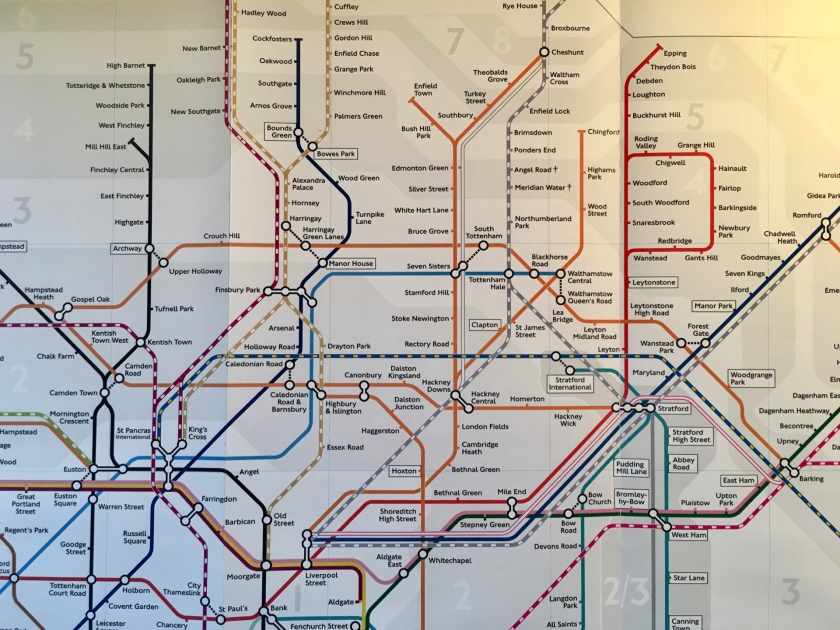 A fleet of 18 dual-voltage four-car units has been built by Bombardier for operation of GOBLIN and the Euston-Watford services (710256-273), of which six are required to maintain the seven-days-a-week, 15-minute frequency, of GOBLIN services. 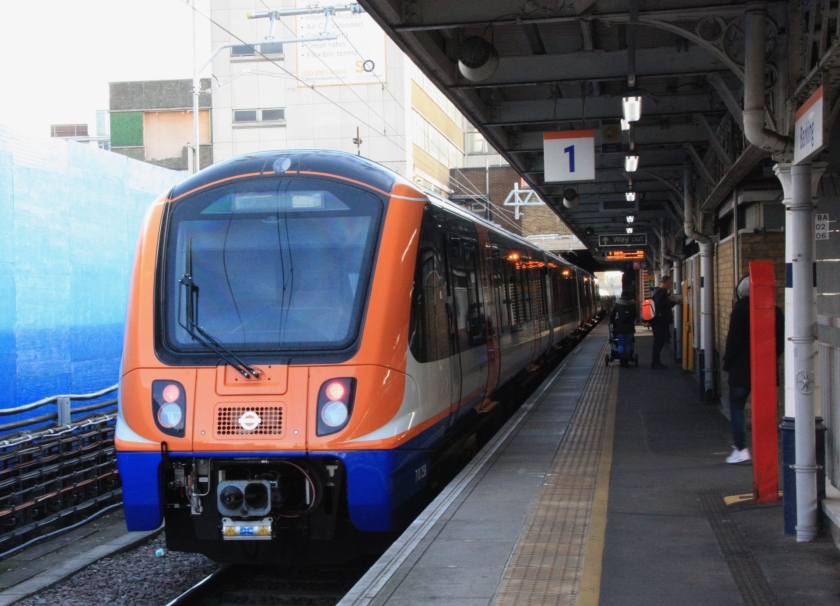 Following repeated delays in their delivery and commissioning, the full timetable was only introduced during the summer, and the problems don’t seem to be completely over, with one eastbound service I noted being curtailed at Woodgrange Park.

Empty to depot: 710269 approaches Wanstead Park after being taken out of service

The Class 710 units have a sleeker look than the Class 378 units used on other London Overground services, but internally seem pretty much identical. They have longitudinal seating throughout and no gangways between vehicles, so the whole train is completely open and has capacity for large numbers of standing passengers.

There are ten intermediate stations along the GOBLIN route, and for a line that was once notorious for fare evasion it is good to see that they are all staffed, with barriers at many, but not all, of them.

Besides its frequent passenger services, there is a significant volume of freight traffic along the route, with the infrastructure designed to provide eight paths an hour – the four GOBLIN services and four freight paths.

During my afternoon on the line I counted a total of five freight services, but what seems disappointing from an environmental point of view is that, despite the 25 kV AC overhead electrification, and their operating between electrified locations, every one was worked by a Class 66 diesel locomotive. 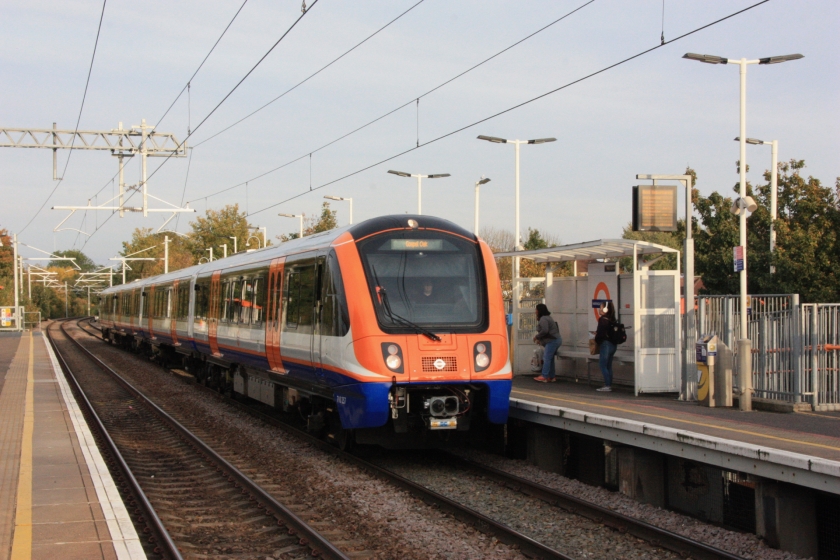 While the market for through journeys from Barking to Gospel Oak must be pretty limited, the route offers a number of interchanges with other Underground or Overground services.

London Overground has been one of the greatest success stories ever in British public transport, with massive passenger growth on routes such as the North and South London Lines that in British Rail days had been regarded as basket cases.

GOBLIN services I travelled on were all busy, though perhaps not quite matching loadings on the North London Line it connects with at Gospel Oak. But once its reliability has been firmly established, there seems little doubt that continued future passenger growth is assured.

A local rail user group was formed in the 1960s to fight planned closure of the line, as recommended in the Beeching report. It is still active today, and can be found at http://www.barking-gospeloak.org.uk

One thought on “A trip on the new-look GOBLIN”