After recent visits to Britain’s most south-westerly semaphores (St. Erth) and our most easterly (Lowestoft), another bargain-price Scotrail Club 50 £17.00 flat fare offer gave me the chance to pay a welcome return visit to our most northerly outposts of mechanical signalling.

Unlike St Erth and Lowestoft, Keith Junction has only enjoyed its geographic accolade for the past two years. It took the honour from Elgin, the next station westwards along the Aberdeen-Inverness route when a re-signalling exercise, completed in October 2017, led to elimination of both Elgin West and Forres signal boxes.

That re-signalling project, and another recently completed between Inverurie and Aberdeen, means that Keith Junction is one of just four remaining semaphore signalling outposts along this route, the others being Huntly, Kennethmont and Insch.

Keith Junction boasts no less than 11 semaphore arms, significantly more than any of the other surviving boxes along the route. These are controlled from an attractive 1905-vintage Great North of Scotland Railway signal box, with a 40-lever frame, that stands  100 yards east of the station.

While all regular Aberdeen-Inverness services use the station’s single through platform, a bay platform remains signalled and useable. 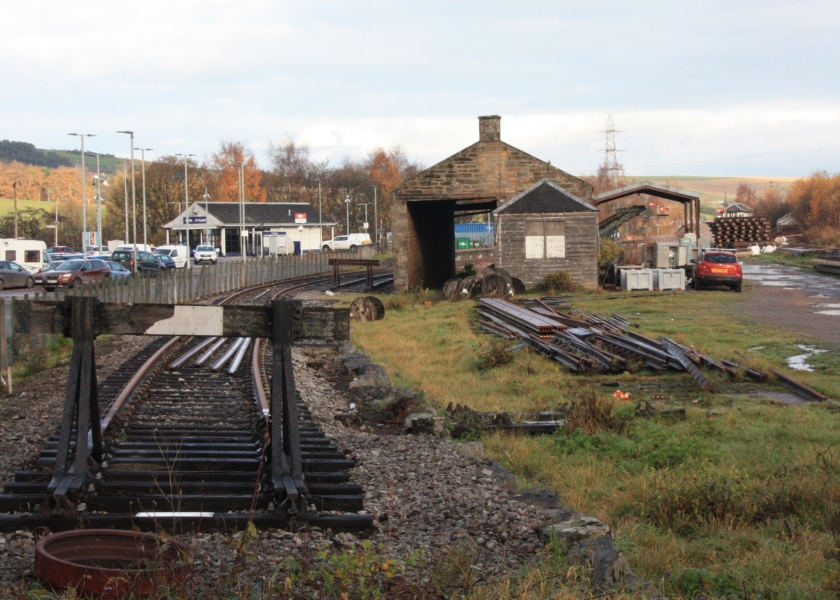 Despite being fenced off, it could be used for a terminating service from Aberdeen and will hopefully see future use by trains operated by the Keith and Dufftown Railway, whose services from the famous distillery town are currently curtailed at Keith Town, some distance to the south of the main station.

This over-bridge – a brisk 10 minute walk from the station and past a large Chivas Regal bonded warehouse (No.2) – offers the best vantage point from which to see and photograph trains departing and arriving at the station.

There are currently 11 through trains a day between Aberdeen and Inverness, along with many short workings from Aberdeen to Inverurie and others between Elgin and Inverness. Services are formed of Class 158 and 170 units, with occasional appearances of the new Inter7City HST sets. 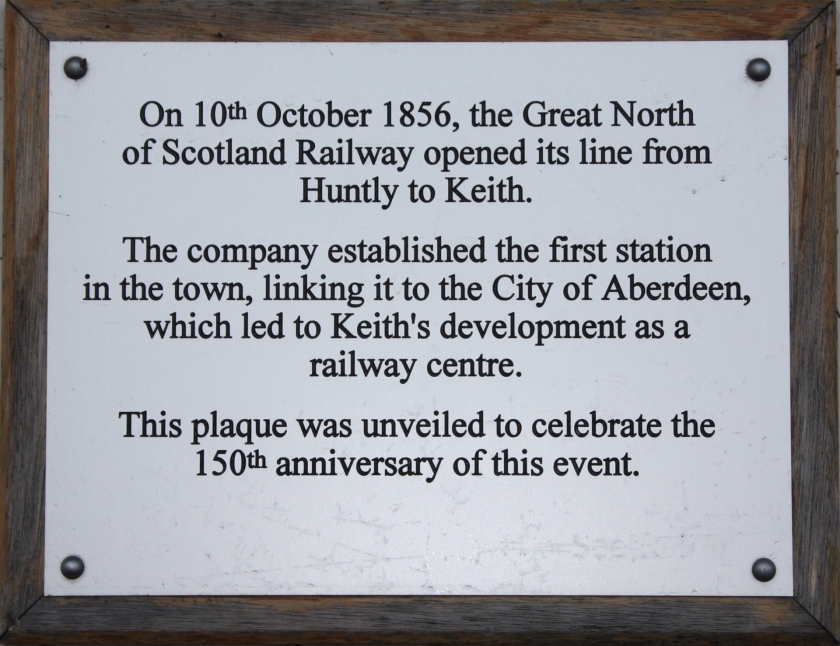 One of these newly-formed four-coach sets, comprising power cars 43132/032, is seen in these photos leaving Keith on Saturday, 9 November 2019 with the 11.02 Inverness-Aberdeen, and the same set is later seen below at Huntly forming the 13.38 Aberdeen-Inverness service.

Heading towards Aberdeen from Keith, Britain’s second most northerly semaphores are just 15 minutes up the line at Huntly, a sleepy town boasting another modern station building, with its signal box 400 yards to the south at the end of a lengthy passing loop.

The eight semaphores here comprise two-signal brackets at each end of the bi-directionally signalled loop, a pair of up home signals near the box controlling exit from the loop, and a pair of down starting signals at the north end of the station platforms.

My new book “Britain’s last mechanical signalling” is out now, and available from publishers Pen & Sword, from good bookshops, and from many online retailers.