After last week’s look at mechanical signalling on the Buxton Line and at Peak Forest, it is now time to hop aboard the Hope Valley stopping service from Manchester Piccadilly to Sheffield take a look at three of the four semaphore-signalled locations on this busy, charming, and scenic route.

Our first stop on this 29 July 2017 visit comes just half an hour after leaving Piccadilly aboard a Class 142-worked stopping service at New Mills Central. From here to New Mills South Junction is a brisk 25-minute walk, with fine views over the valley to Furness Vale, barely a mile away (and featured in part 1).

It is an interesting walk through this industrial area, up to the town centre, down Union Road, crossing an 1884-vintage viaduct over the Rover Goyt, then left and up Church Road for a quarter of a mile and finally right at Marsh Lane and continuing on for a good half mile or so.

The view down onto 1903-vintage Midland Railway signal box from the over-bridge reminds you of a different era – the start of what was once a section of busy quadruple line eastwards to Chinley and a stronghold of steam activity right up to the end of that era in August 1968.

Today the 1903 Midland Railway signal box controls a much-rationalised junction of the two routes from Manchester – the route via Romiley used by the stopping services and one via Stockport used by faster East Midlands Railway and TPE services.

From the Marsh Lane over-bridge there is a good view of the box and junction, but the only semaphore to be seen is an up signal with shunting arm on a the Romiley route, that would once have been the start of the up slow line. 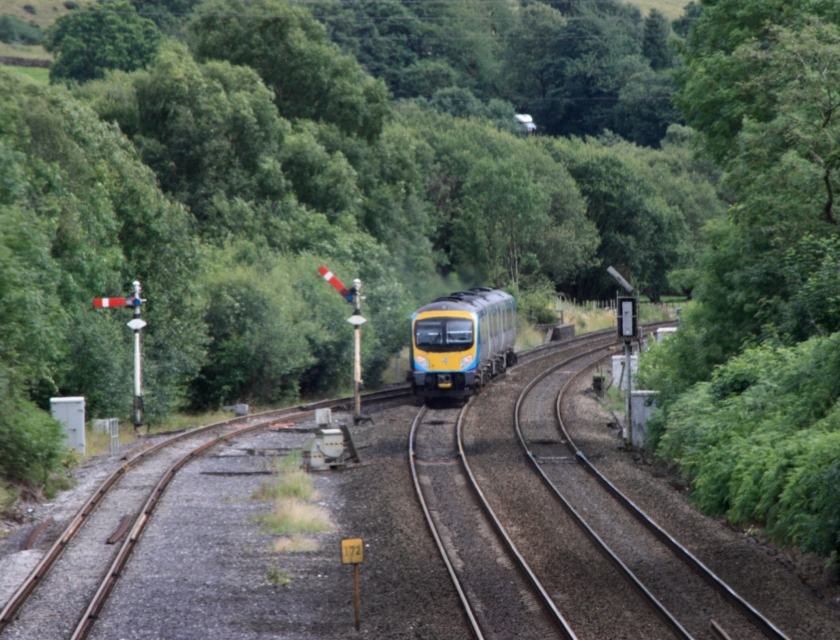 Looking east from the bridge there is another arm protecting exit from this line onto the main route, alongside an up starter. In the down direction the home signal is a colour light, with junction “feather” lights for the Romiley line (photo above).

Returning to New Mills Central and resuming the journey towards Sheffield for another 15 minutes brings you to Edale, a delightful spot popular with walkers (photo above) setting out to tackle Kinder Scout, the 2.088ft peak overlooking this remote station, or join the Pennine Way. 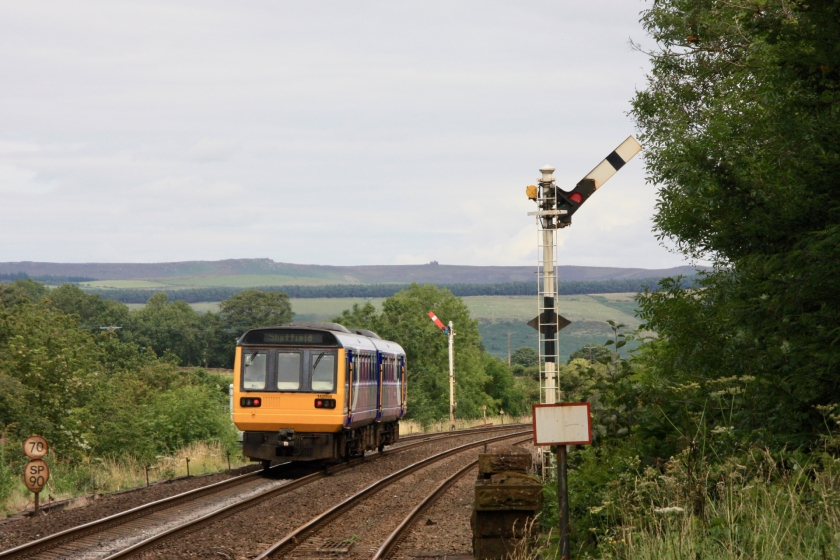 To the east of the station stand the down home and slightly further out the up starter, as seen above. Looking back towards Manchester, the down starter stands on a gantry at a point where a goods siding has recently been disconnected, while further out a down section signal can be seen from the western end of the up platform (2).

Little more than five minutes after leaving Edale the train speeds past a third semaphore signalled location at Earles Sidings, just a short distance west of Hope station. A 1929 Midland Railway signal box stands on the north side of the line, controlling sidings to the south of the line and a handful of semaphores.

Fourth and final of the Hope Valley’s mechanically-signalled locations is Grindleford. This is another delightfully remote spot that is also an important stopping off point for walkers, with the station standing at the western end of the 6,230 yard-long (3½ mile) Totley Tunnel, Britain’s fourth longest (photo above).

The 1938 LMS signal box here stands south of the line, around a right-hand curve 200 yards west of the station, as seen above. Notable amongst its three semaphores is the up starter at the end of platform 2, with a white sighting square painted on a stone bridge behind and immediately in front of the tunnel portal.

In the down direction a home signal stands just beyond the platform end, with a section signal out of view from the station beyond the signal box. It stands in front of a bridge carrying a footpath and is easily reachable by taking a ½-mile walk along a track leading to the left as you leave the station (photo below).

Part 1 of this feature, looking at  semaphore signals along the Buxton Line and at Peak Forest, was posted on 15 May 2020. My book “Britain’s last mechanical signalling” is available from publishers Pen & Sword, and from many online retailers. 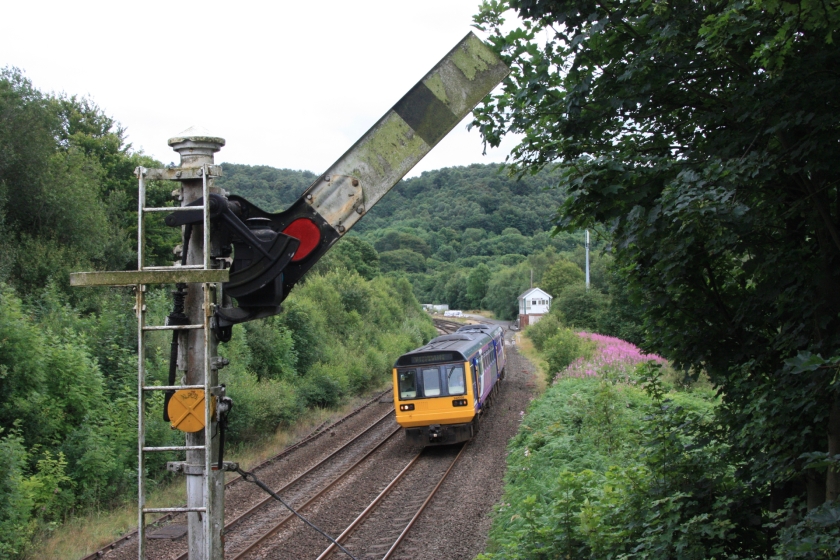