Looking at the massive success of London Overground in reinvigorating rail corridors around the capital, such as the North London, East London and South London Lines, it is perhaps remarkable that there is one short stretch of line in North London where time has seemingly stood still, with control by semaphore signals and a sparse traffic comprising the occasional slow-moving freight train and empty stock movements between the capital’s termini.

This is what is known as the Dudding Hill Line, a four-mile long stretch of double track route which diverges from the North London Line at Acton Wells Junction, close to North Action underground station, before heading in a clockwise arc passing junctions with the West Coast Main Line at Harlesden, the Chiltern Railways route at Neasden to end in a triangular junction with the Midland Main Line at Cricklewood.

There are three signal boxes along the route, at Acton Canal Wharf, Neasden Junction and at Dudding Hill Junction, the latter being at the western end of the triangular junction at Cricklewood. This is the only one of the trio that can easily be photographed from a public vantage point, but sadly there are no semaphore arms within the vicinity, the nearest (and only one controlled by this box) being some distance to the west and visible from Gladstone Park, through which the line passes. This is signal DH12, a down starting signal (pictured), with the Neasden Junction distant signal beneath it.

Attempting to photograph the route and its signals is no easy matter. Starting at the south western end and travelling on foot and by bus, there seemed no way of getting to Acton Canal Wharf signal box but, from the Grand Union Canal towpath, it is possible to see a tall and modern home signal protecting the northbound direction.

Moving on (by 226 bus) towards Neasden it is possible to see the top of Neasden Junction signal box from a road called Wharton Close, as well as photograph some of its signals through the trees, including a fine pair of signals (NJ23 & NJ19) protecting the route’s junction with the Chiltern Railways line. 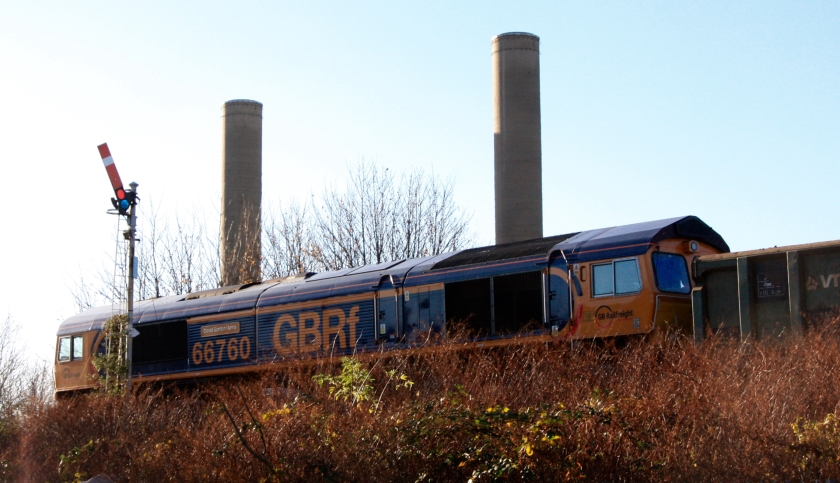 A single home signal in the southbound (down) direction can also be seen at this point, and on an early afternoon visit in November 2016 I was rewarded when the signal was pulled off and GBRf-liveried 66760 “David Gordon Harris” trundled past (there is a ruling 30 mph speed limit along the line) with a southbound aggregates train.

Returning to Gladstone Park and Dudding Hill Junction this week (4 September 2017), there sadly seems no way of photographing a train passing DH12, but at least it was possible within the space of half an hour to see some more freight activity, with Colas Rail-liveried 60096 passing with oil tanks from Colnbrook to Lindsey Oil Refinery in Lincolnshire, closely followed by GBRf-liveried 66768 hauling more tanks, this time from Theale to Immingham.

Quite what the future holds for this interesting and near 150-year old line (it opened in October 1868) is far from clear and, while it has occasionally featured in proposals for new orbital passenger services, nothing has yet materialised, so its twilight existence looks set to continue for the foreseeable future. 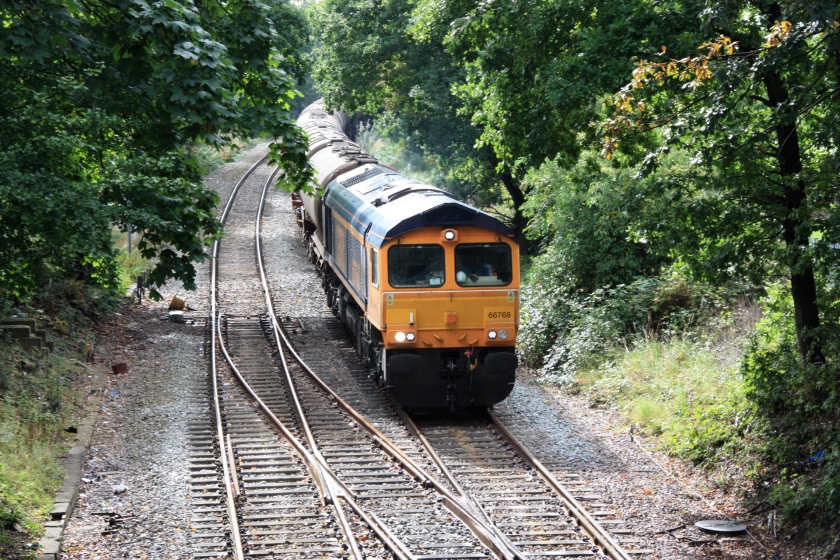