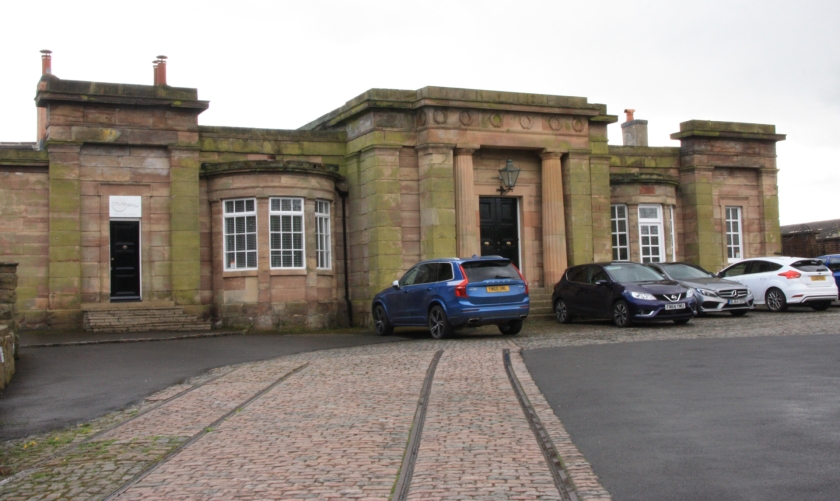 Among the many railway revival schemes around the country, one of the most longstanding and compelling is the 31-mile long “Ivanhoe Line” linking Burton-upon-Trent and Leicester.

Despite closing to passengers in September 1964, it survived to serve the many collieries along its length and today remains a vital access by rail to the stone quarries at Bardon Hill, near Coalville.

British Rail had planned a revival of passenger services in the 1990s, but that fell by the wayside at privatisation, since when two separate consultancy firms have produced feasibility reports that have put a relatively modest cost on re-opening to passengers, but not forecast sufficient passenger traffic to make it viable.

It is two years since the second of these reports (May 2016), a period in which the Borders Railway in Scotland has proved that such bearish forecasts can wildly under-estimate the level of demand, as I believe is the case on the Ivanhoe Line.

Paying a visit to the area to photograph the Class 66-hauled stone traffic was the perfect excuse to spend time in the route’s two principal towns, Ashby-de-la-Zouch and Coalville, and appreciate their potential for revived passenger services.

Ashby-de-la-Zouch is a charming town with a ruined castle alongside St. Helen’s Church (pictured above) and an attractive high street, but one of its real architectural highlights is the Grade II* Listed station building (pictured top), now restored for use as offices.

This neo-classical building was designed by a little known architect named Robert Chaplin and is situated very close to the town centre, so a perfect re-opening candidate.

In the station forecourt you will even see a surviving stretch of 3’ 6” gauge track that was once the Midland Railway’s Burton-Ashby Light Railway, which closed in 1927.

In its May 2016 report for Leicestershire County Council, consultants AECOM estimated for its base year (2016) that the station would generate 57,221 journeys to Burton-upon-Trent and 15,449 in the Leicester direction, a total of almost 73,000, or 233 people a day, based on an hourly service, six days a week.

Taking southbound journeys from Ashby-de-la-Zouch towards Leicester and London, that AECOM forecast of 15,449 equates to 297 passengers per week, less than 50 per day (assuming no Sunday service), or just over three people per train, assuming an hourly service operating 16 hours a day.

GBRf 66722 has just emerged from Gresley Tunnel and approaches Moira West Signal Box on 25 April 2018 with empty stone hoppers from Tinsley to Bardon Hill, one of the very few services still using the northern end of the Ivanhoe Line.

That is on the basis of an attractive 44-minute journey time for a 23½ mile journey, less than half the time it currently takes by bus. At present, anyone wanting to commute into Leicester for typical day’s work, using public transport, would need to take the 07.05 Arriva 29 bus, changing at Coalville (07.27/07.37) before reaching the city centre at 08.50.

A journey back in the evening is hardly more appealing – the 17.40 bus from Leicester getting you into Ashby at 19.17, after another change on the way at Coalville.

Contrast the Ashby forecast number (around 31,000 return trips) with actual numbers from Galashiels, a town of similar population (13,000), where the most recent passenger count, covering the year to April 2017, showed 346,000 passengers had used the station, more than eleven times the consultant’s 2016 forecast for Ashby.

It is glaring disparities like this, between the gloomy expectations of so-called experts and the reality of the Borders Railway experience, which calls into serious doubt the validity of the 2016 report, on which the latest decision not to re-open the line was based.

A reminder of the town’s long railway history can be found in Coalville Public Library, where the inscription on this commemorative nameplate reads: Coalville locomotive depot 1833 – 1990 – 157 years dedicated service to the railways

By far and away the largest population centre along the Ivanhoe Line is the former mining town of Coalville, a place that has a population of some 35,000, but one that is literally “dying on its feet” according to one local resident I spoke to.

Regeneration is badly needed in a town which has  lost its industrial heart, one which Tesco did not deem viable to go into after securing a prime retail site and one where even a museum based at the former Snibston Colliery closed down three years ago.

What Coalville does have though, is a double-track railway line passing through the heart of the town centre, with a huge car park nearby and ample room alongside the lines to re-build Coalville Town railway station (closed 7 September 1964).

Turning again to the AECOM report of two years ago (May 2016), the consultants forecast annual single journeys from Coalville to Leicester at 23,961, a total of 461 per week, 77 per day (assuming no Sunday service), or less than five passengers per train for a service taking 30 minutes, compared to the one hour 13 minute journey by bus.

Two years on from the AECOM Report, and in the light of the Borders Railway’s growing success, it is high time that Leicestershire County Council looked again at the huge regeneration potential which a revived Ivanhoe Line offers.

It conveniently connects two important places – Burton-upon-Trent and Leicester – and also links up an area where there is significant new residential development taking place, one that passes through the National Forest, so capable of stimulating in-bound tourism, and one whose cost of revival would be a drop in the financial ocean compared to the cost of that “big daddy” of infrastructure projects, High Speed Two.

Pictured below is GBRf 66722 approaching the site of Bagworth & Ellistown station on 26 April 2018, working 6M54, the 12.18 empty stone hoppers from Colnbrook Lafarge to Bardon Hill.