Lower quadrant, Great Western-style signals survive at a number of locations on the national rail network, notably in Cornwall, the Worcester area and on the Marches Route between Shrewsbury and Abergavenny.

But for all that remains, which includes numerous fixed distant signals in the Worcester area such as HK5 pictured below, there is now only one working lower quadrant distant signal on the network. 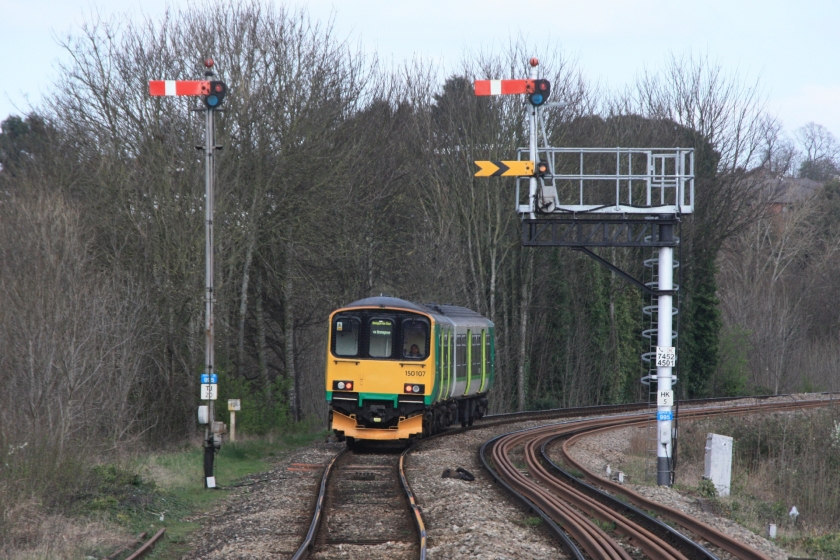 Pictured below on 13 May 2017 is a pair of Class 158 units forming a Cambrian Coast service to Aberystwyth and Pwllhelli approaching Sutton Bridge Junction, where a fixed distant is mounted below up starter signal SUB5 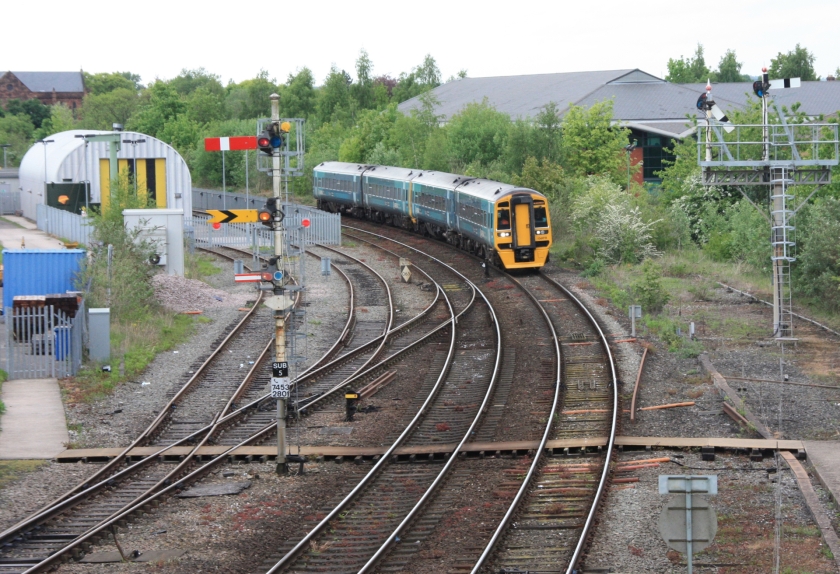 Pictured below is GBRf 66773 passing Severn Bridge Junction Signal Box on 1 May 2018 with a freight working from Tinsley Yard to nearby Coton Hill. 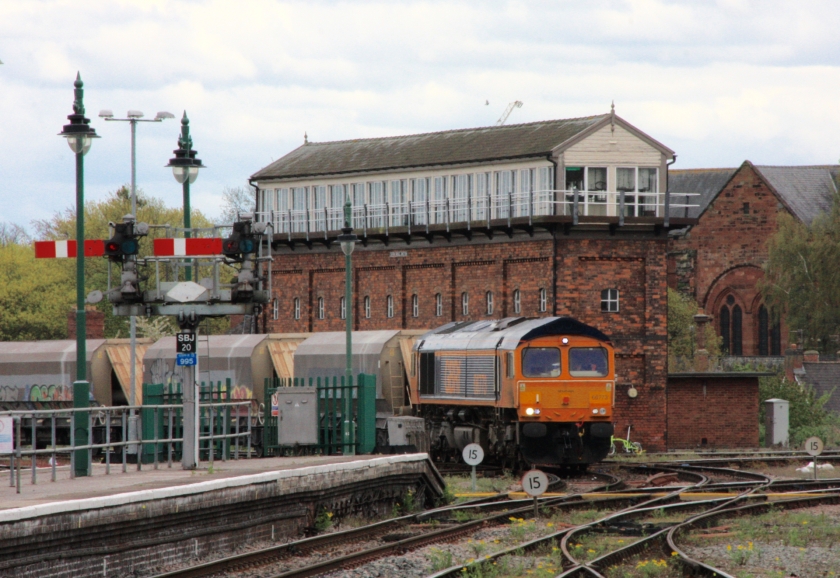 Getting photographs of SBJ24 is no easy matter, as the railway is on an embankment and there are a considerable number of trees growing up on the embankment around the signal. 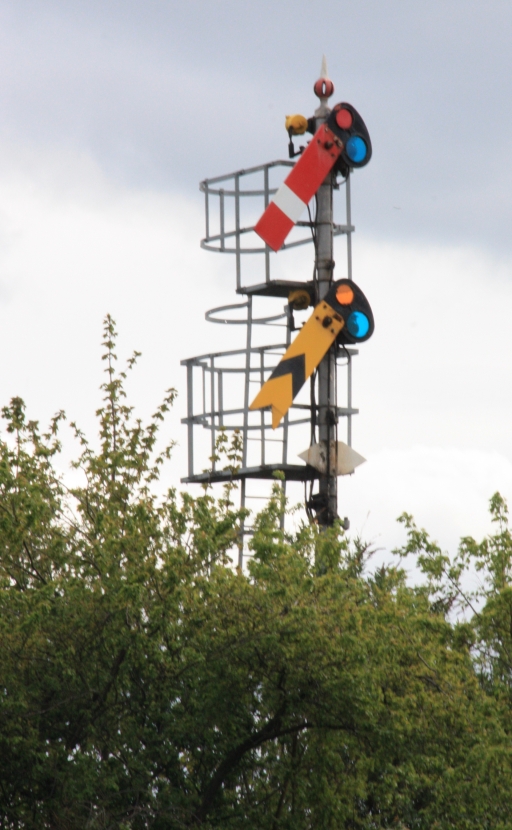 But take a 10-minute walk from Shrewsbury station, over the English Bridge spanning the River Severn and turn right down a main road east of the railway line and it is possible to get a partial view, by standing alongside the Abbey car park, or a rear view from outside the Asda supermarket further down the road.

This has been the network’s last working lower quadrant distant since late 2016, when the only other remaining example, a junction signal at Norton Junction near Worcester, was replaced with a light.

A few months before its demise, it is seen in this view (above) on 1 May 2016 as 166210 is signalled onto the Cotswold Line with a service for Oxford and London Paddington.