For its combination of manual signalling, interesting scenery and the regular chance of Class 37-haulage, there can be few places in England more attractive for rail enthusiasts than the Wherry Lines in Norfolk, linking Norwich with the seaside resorts of Great Yarmouth and Lowestoft.

This 46¼-mile network features a total of nine manual signal boxes, two of which also operate swing bridges, a weekend-only request stop (Buckenham), and Berney Arms, one of the remotest and quietest stations (albeit without any signalling) in the whole of England.

Sadly, all is about to change, with re-signalling due to be completed in Spring 2019 and the Class 37 worked “short set” due to be stood down in May 2019. But for the moment at least, there is a lot still to savour, and after my earlier blog post on Reedham Junction, it is time to take a look at a fourth and final junction on the 23½-mile section of route from Norwich to Lowestoft.

On 1 June 2018 the short set was in the hands of 37425 Sir Robert McAlpine and 37419 Carl Havilland, seen above passing Lowestoft distant (L59) with the 14.55 Norwich-Lowestoft service and (below) passing Oulton Broad North Junction with the 15.48 Lowestoft-Norwich service. 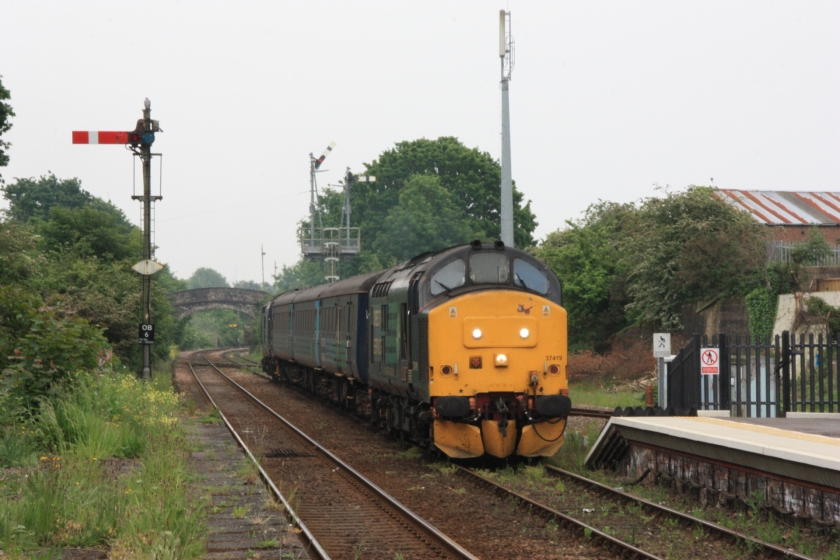 It seems slightly ironic that the junction onto a route which was one of the pioneers of Radio Electronic Token Block signalling – RETB being installed in 1984 and later replaced by Track Circuit Block control in October 2012 – is still controlled by semaphore signals!

Oulton Broad North boasts an attractive 1901 Great Eastern Railway signal box, standing across a busy main Road from the station and controlling a barrier level crossing. Like all the other intermediate stations, Oulton Broad North is unstaffed, but the main station building on the eastbound (Lowestoft) platform survives in a new guise as an Indian take-away restaurant.

There are good photos to be had from both ends of this platform and an even better view, of the station and East Suffolk Line junction, from a footbridge east of the station. This can be reached by walking down a nearby cul-de-sac called Harbour Road, then continuing along a rough path through some waste ground adjacent to the line.

Pictured below is 170207 approaching Oulton Broad North Junction on 1 June 2018 with the 14.17 East Suffolk Line service from Ipswich to Lowestoft. 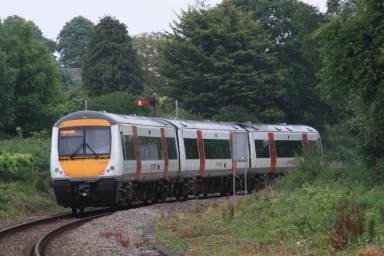 Journey’s end is just 1½ miles further on at Lowestoft – or more correctly Lowestoft Central, as the delightful early BR (Eastern Region) blue enamel sign on the station building proclaims. Alas, the station is a shadow of what it once was, with the station roof completely removed, although the station itself remains staffed and busy.

Like nearby Great Yarmouth, there are three platform roads, the exit from platform two being controlled by a single arm and a two-arm gantry controlling exit from platforms three and four, with an the attractive signal box some 100 yards up the line.

There are a number of sidings to the south of passenger lines, which remain connected and signalled, although sadly it looks a very long time since the last rail-borne fish traffic left the port!