Heritage traction, mechanical signalling and good beer make the Norfolk Broads a distinctly attractive place to visit, not just for those interested in boating, but also for those who fancy remembering British Rail of the 1970s and 1980s, travelling in Mark III coaches to the distinctive roar of English Electric Class 37 locomotives.

Armed with a Wherry Lines day ranger ticket (£9.00 or £6.00 for over 60s) there are worse ways to spend a day than touring these fascinating lines, to savour the final year of Class 37 operation before they are stood down in May 2019, and to appreciate the route’s wonderful semaphores, before they too disappear early next year. 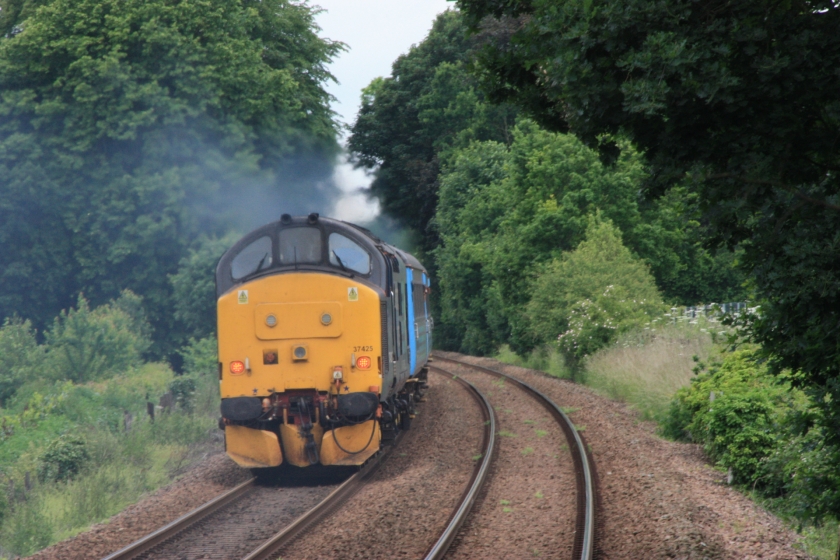 There are a total of four Class 37 locos based in Norwich to work the services, with two in daily use, one parked as a stand-by alongside the station, and a fourth parked at the rear of Crown Point depot. In use on my two most recent visits were 37419 Carl Haviland and 37425 Sir Robert McAlpine/Concrete Bob.

For anyone travelling to the area from London there are theoretically good connections out of the half-hourly trains from Liverpool Street into Wherry Lines services.

Be warned, however, that connections are not held. On Friday (8 June), in a disgraceful piece of control by Abellio management, my slightly delayed 10.30 from London was pulling into Norwich station as 37425/419 departed with the virtually empty 12.36 to Great Yarmouth – while more than 40 connecting passengers and me were forced to take a replacement bus.

Among the many signalling attractions on the Wherry Lines, the star turn is Cantley’s down home signal (C21) – pictured at the bottom of the page – one of only three remaining co-acting signals on the national network.

There is also a considerable number of working distant signals, amongst which, and pictured here, are Reedham Junction’s up Lowestoft-line distant (RJ60) – above – and Cantley’s down distant (C22) – below.

Passing the time between trains is no problem on the Wherry Lines network, with attractive pubs at many of the calling points. Three particular recommendations would be The Yare at Brundall, The Reedcutter Inn at Cantley and The Ship Inn at Reedham, with the latter having the added bonus of being alongside the famous swing bridge.

For more words and pictures about the wonderful Wherry Lines, see my previous “photo-spots” features on Reedham and on Oulton Broad North.