Cornwall remains a delightful and photogenic outpost of mechanical signalling, so after my earlier features on Par/St Blazey and Lostwithiel, it is time to pay a visit to Britain’s most south-westerly railway junction, St Erth, which lies 56 miles on from the Royal Duchy’s first semaphore signals at Liskeard, and 299½ miles from Paddington.

St. Erth must rank as one of the county’s most unspoiled locations, with semaphore signalling being the perfect complement to the charming GWR junction station, complete with independently-run station buffet and a place where even the original footbridge was saved from replacement by a new structure after a fervent local campaign. 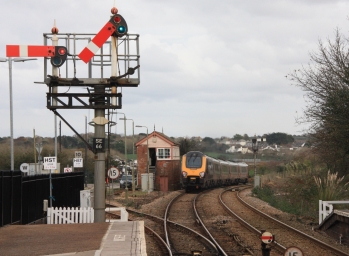 This is a busy spot, particularly during the summer, with half-hourly four-car trains on the delightful 4¼ mile branch to St. Ives and main-line GWR and XC services calling here at least hourly.

The 1899 GWR signal box stands beyond the railway junction, north-east of the station, with the main line passing in front of it and the St. Ives branch behind.

Four semaphore arms in view here are down home signal SE2 standing opposite the box, with up starters on platform 2 being SE66 for the main line and SE64 a junction signal for access to the branch, while beyond this pair the exit from the St. Ives bay platform (3) is controlled by SE9.

Out of sight, except from a Penzance-bound train, is up outer home SE68, which has the distinction of being Britain’s most southerly semaphore! 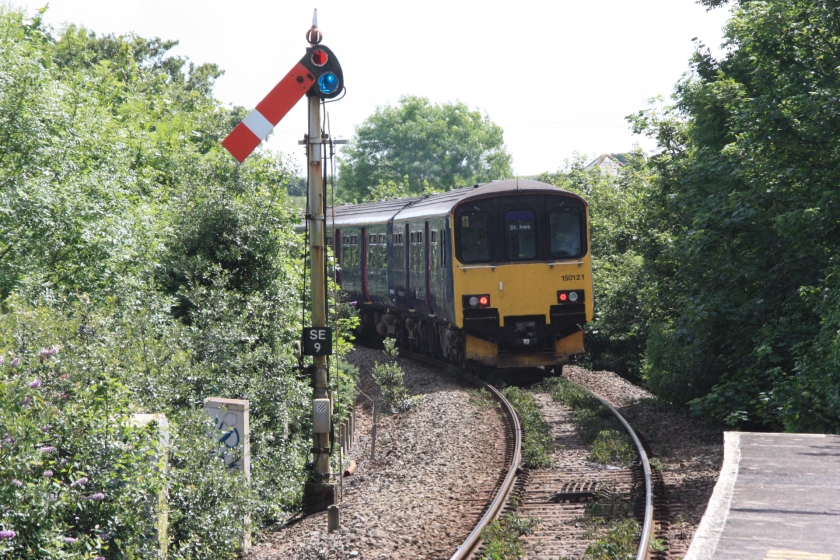 But that is not the end of mechanical signalling interest here, as there are two further signals to discover on the branch line. 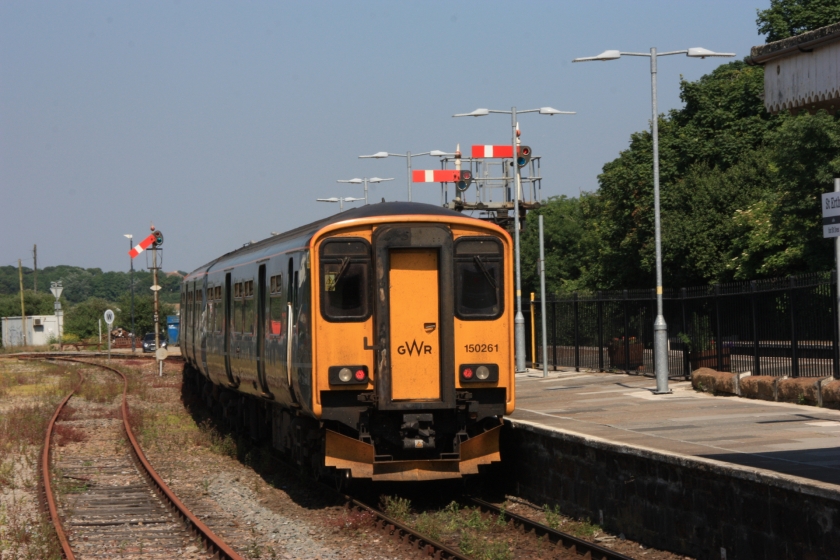 While the St Ives branch home signal is a colour light (SE10), further on towards Lelant Saltings the St. Ives-bound advanced starter (SE62) and St Erth outer home (SE9) – situated at the end of the Lelant Saltings platform – are both semaphores.

It is well worth the 15-minute walk, or a £1.00 train fare, to travel on to the popular park-and-ride stop for a panoramic view of trains travelling along the coast from St. Ives and of St. Erth-bound services passing SE9. 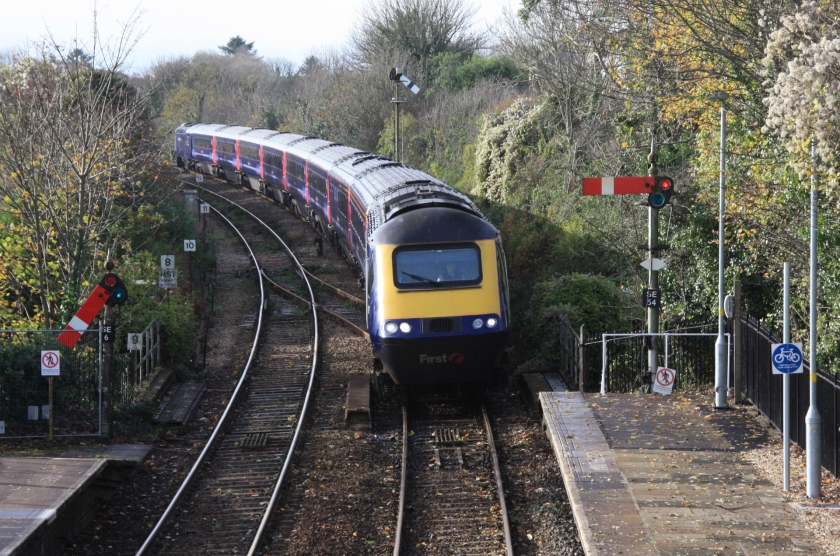