It has been described by local Railfuture campaigners as “one of the strangest and most unwelcoming stations in East Anglia” but is nevertheless a place well worth visiting for its signalling interest and for the frequency and variety of passing rail traffic.

Whittlesea station, less than ten minutes east of Peterborough on the busy cross-country route to Ely, serves a growing settlement, curiously known as Whittlesey, with a well-sited but poorly-equipped station and a sparse stopping service.

Regular stopping services comprise a two-hourly Greater Anglia service between Peterborough and Ipswich, but other passenger services passing through are hourly XC services between Birmingham and Stansted Airport and hourly East Midlands Trains services between Norwich and Liverpool. 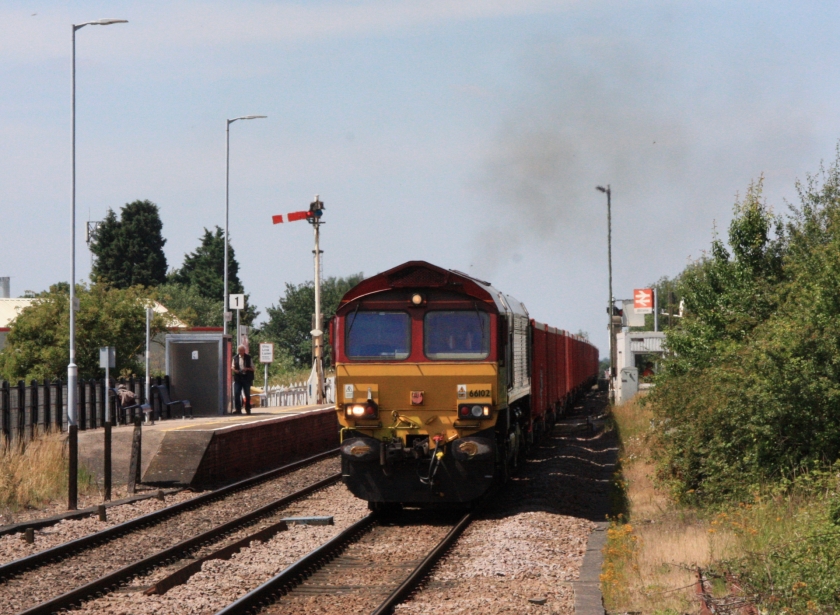 The station has two staggered platforms, with no surviving station buildings and no footbridge link between them, necessitating a brisk four minute walk to a nearby wooden-gated level crossing to get from one platform to the other.

Plans are afoot to improve the woeful station infrastructure and services, with potential platform extensions and a new footbridge set to follow the recent installation of a ticket machine, and introduction of hourly stopping services planned from the end of this year.

What makes Whittlesea a particularly interesting is the sheer about of freight traffic passing through, albeit all in the hands of Class 66 locomotives, which got me wondering if this was the busiest mechanically-signalled location in the country. In the couple of hours I spent there on Thursday (4 July), I noted no less than seven freight trains and ten passenger services. 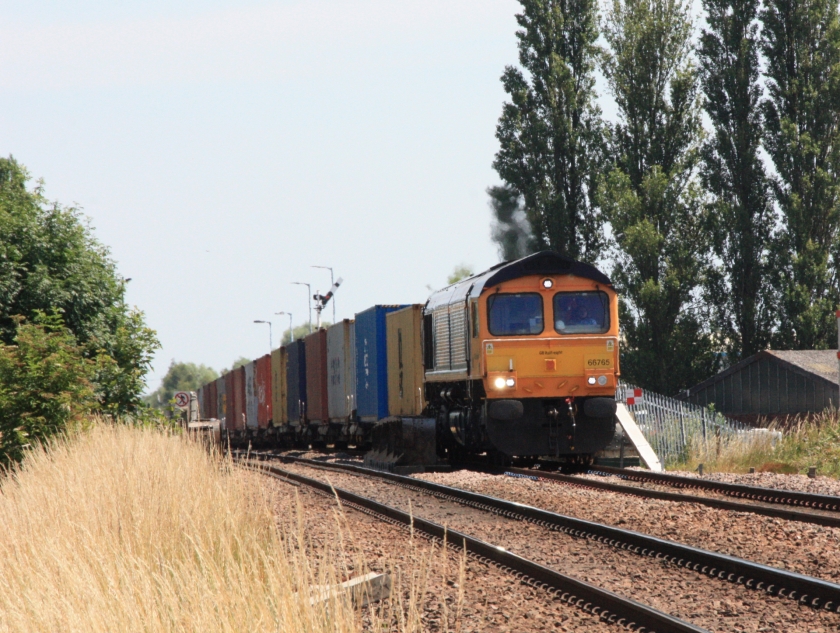 The attractive green and cream-painted Great Eastern Railway signal box opened in 1887 and has a 27-lever frame, which was refurbished in 1996, according to my Signalling Atlas, with the box itself being refurbished in 2009.

It is currently scheduled for closure in 2020, along with the six other surviving boxes between Ely and Peterborough, being those at Manea, Stonea, March South Junction, March East Junction, Three Horse Shoes, and Kings Dyke.

Apart from Whittlesea, only Manea has any semaphores that control main line trains. The two attractive boxes at March retain a number of mechanical signals, as seen in this shot of March East, but these are only short shunting arms on little-used freight loops.

There are a total of six semaphore arms at Whittlesea, all home signals as the distant signals are both colour lights, jointly controlled with the signal boxes either side of Whittlesea.

To the west of Whittlesea (towards Peterborough) stands signal K17/W2, a three-aspect colour light acting as the starter signal for Kings Dyke Signal Box and the Whittlesea colour light distant. It also protects a trio of automatic level crossings.

To the east of the station stands THS27/W27, a three-aspect colour light signal that functions as a combined intermediate block home signal and colour light distant, controlled by both Whittlesea and Three Horse Shoes Signal Boxes.

In the up (eastbound) direction, the semaphores are home signal W3 (behind a sighting board), which also protects the manually-worked level crossing, up starter W4 close to the platform end (pictured below) and up section signal W5. 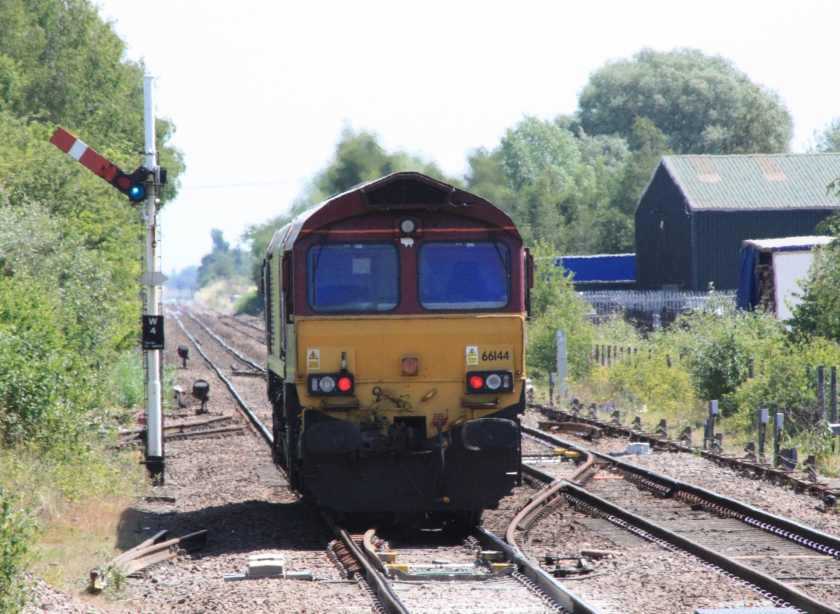 From a photographic viewpoint, the best shots of passing trains are to be had from the eastern end of the up platform as trains approach the station and signal box, but it is also worth taking the short walk to a nearby user-operated crossing on Aliwal Road, very close to signal W23.