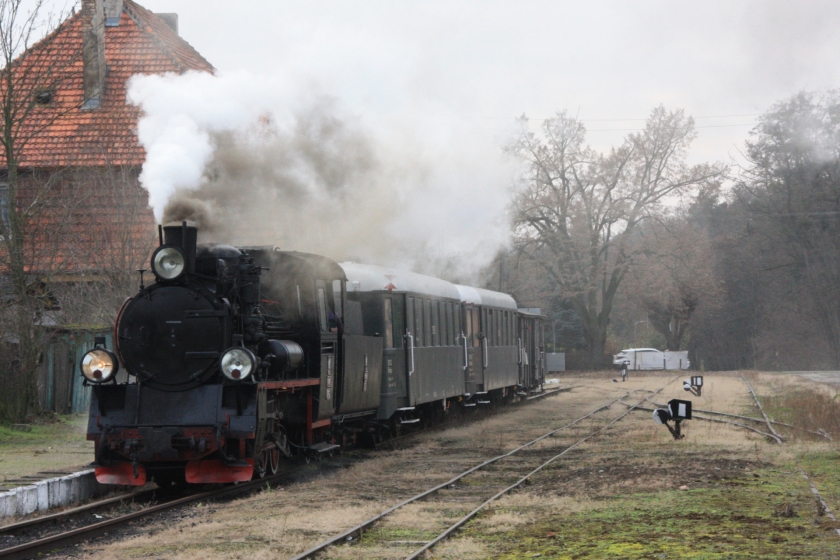 On my first ever visit to Poland 30 years ago (October 1989) I paid a visit to the country’s last steam-worked narrow gauge railway, a charmingly rural line that ran 14 kms westwards from a town called Sroda to the south of Poznan.

In those far off days there were six round trips a day, conveying a mixture of workers, shoppers and schoolchildren in a pair of ancient wooden coaches each heated by a coal-fired boiler mounted beneath the coach floor. A single fare to the terminus at Zaniemysl (pictured above) cost the princely sum of 170 [old] Zloties (less than 2p).

I have always kept a detailed diary of my rail trips abroad, and after my visit to Sroda on Wednesday, 18 October 1989, I wrote the following:

“Px48-1920 is in immaculate condition and hauls two rickety green coaches, each heated by coal-fired stoves, and a guard’s van. There were very few passengers on the train, and the rural landscape on the hour long dawdle to Zaniemysl is far from scenic. 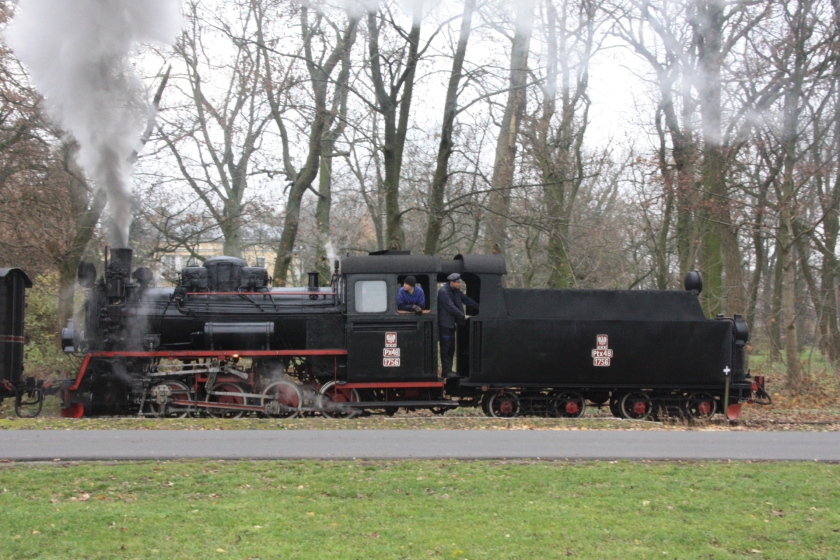 “Took photos at Zaniemysl as Px48-1920 shunts the ‘rollwagen’, which also formed part of our train, then return to Sroda, where I am very unwelcome at the engine shed and am sent packing by a ferocious old woman who has yet to realise what tourist potential there is in her remarkable railway!”

The 1989 timetable (above) shows the first train of the day departing from Zaniemysl at 03.34 and the final arrival of the day reaching the town at 00.22. My 170 Zloty single ticket is shown below. 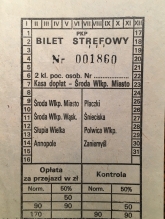 Regular services on what had once been part of a much larger 750mm gauge network remarkably lasted until June 2001, but happily that was not the end of the story, and the line did not just fade away like virtually every other Polish narrow gauge railway.

The line re-opened to seasonal tourist services a couple of years after its closure (2003) and, despite a few problems in the years that followed, has now become a significant tourist attraction that saw 40,000 visitors this year and enjoys financial support from the local council. 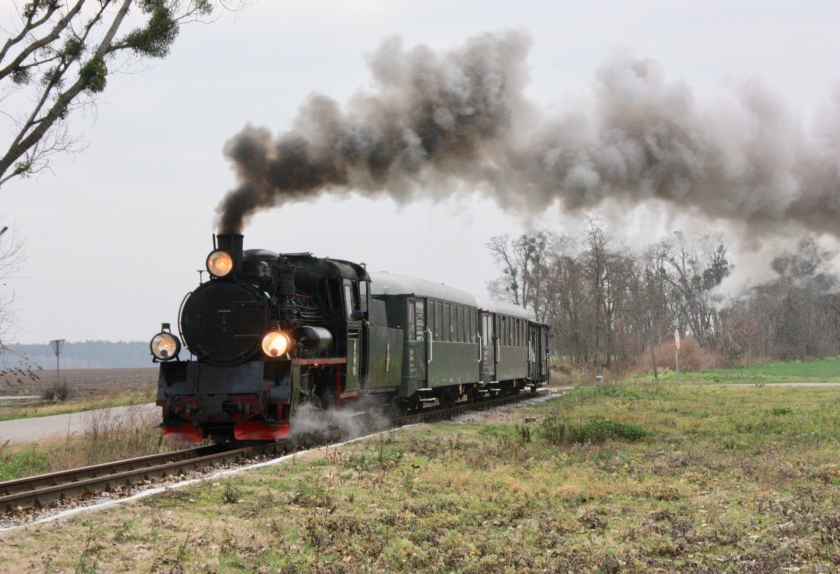 Paying a return visit to Sroda while staying in Wolsztyn, it was a real delight to once again have the chance to sample a ride in one of the two perfectly preserved coal-heated coaches, and be hauled to Zaniemysl and back by another of the delightful Px48 0-8-0 locomotives (Px48-1756). 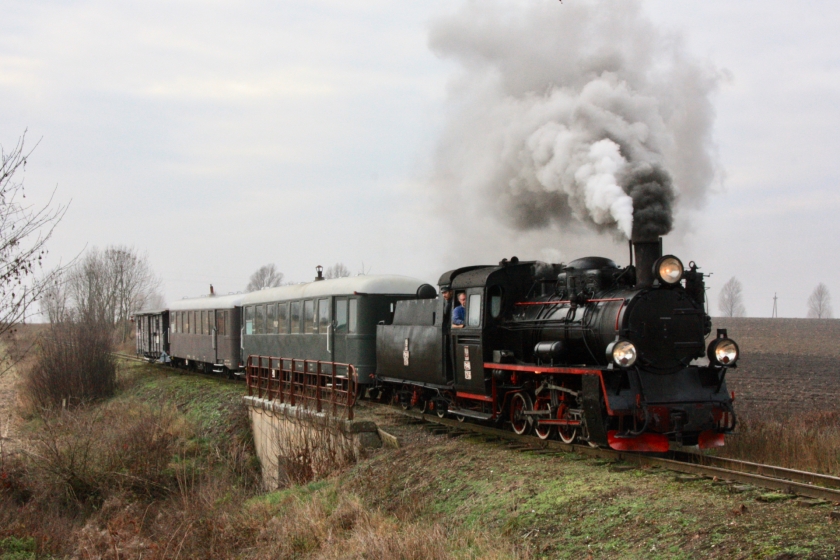 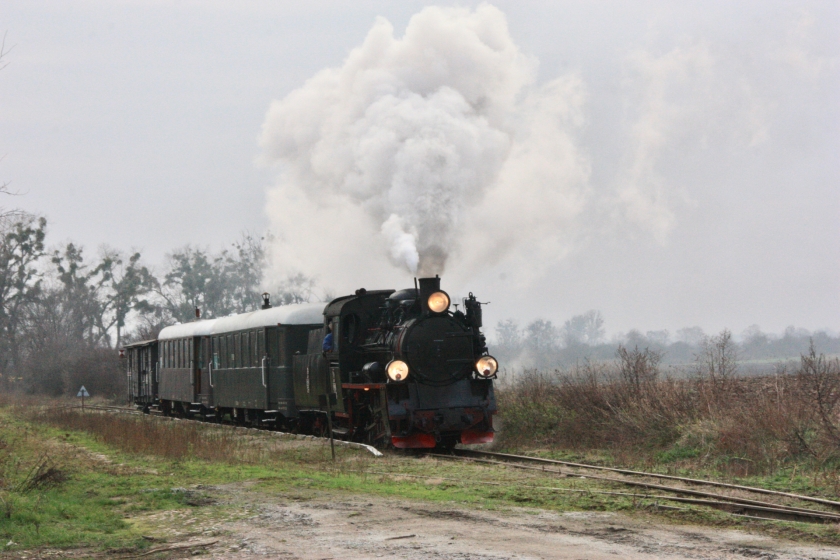 Once the train has departed from its Sroda terminus, overshadowed by a massive sugar refinery, there is an interchange station close to the main railway line, which the little train then crosses, then runs briefly alongside it before heading westwards. 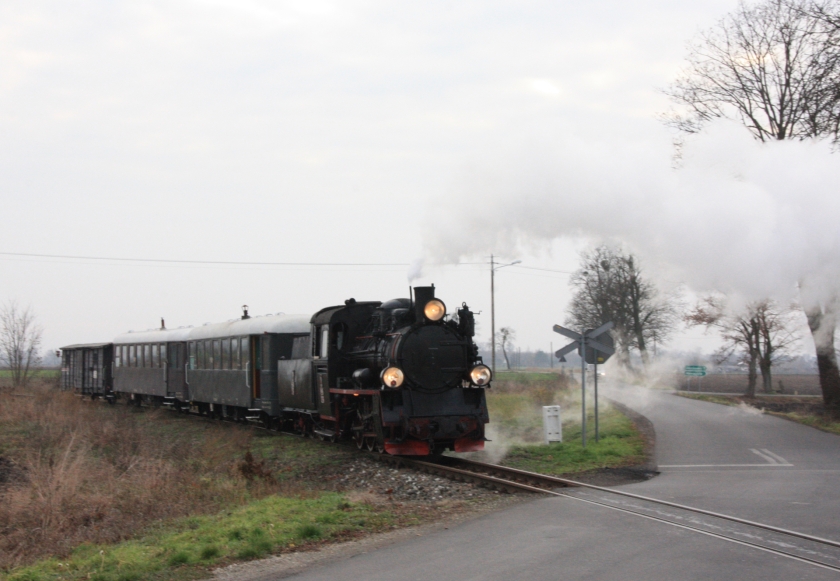 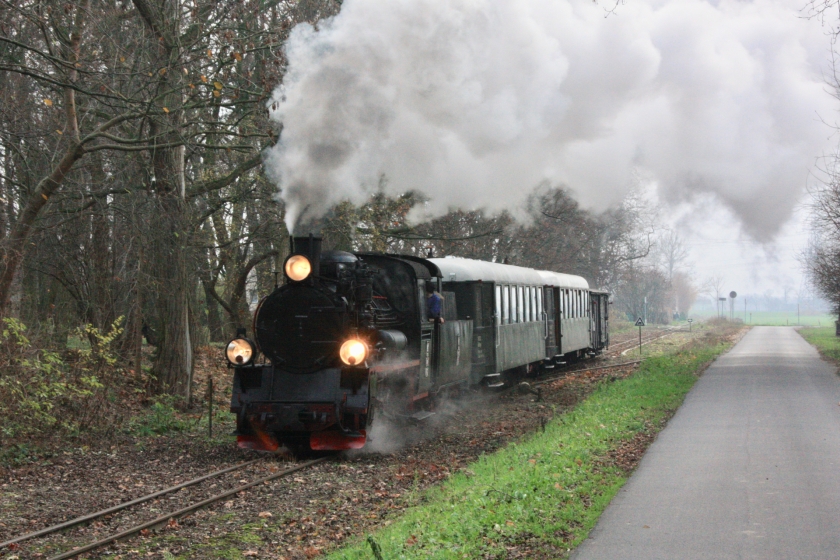 There is then an ungated level crossing on a major road before the line continues on through the quiet and very rural landscape, with a handful of halts along the way to serve isolated houses and villages, before reaching the reasonably large settlement of Zaniemysl about an hour after departure from Sroda. 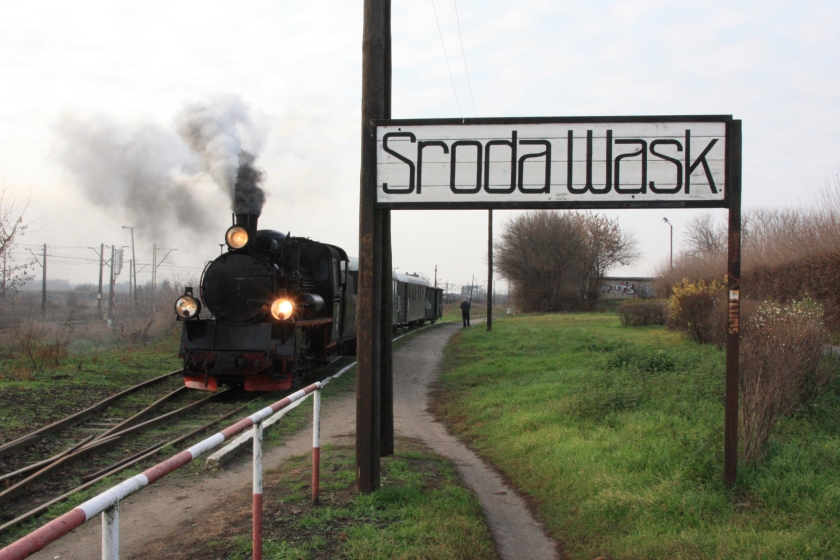 As the locomotive is currently running chimney-first in the Sroda direction, these shots give a photo tour of the line from my 24 November 2019 visit, beginning at Zaniemysl (top photo) and showing Px48-1756 on its two-coach train at the line’s six intermediate stations. 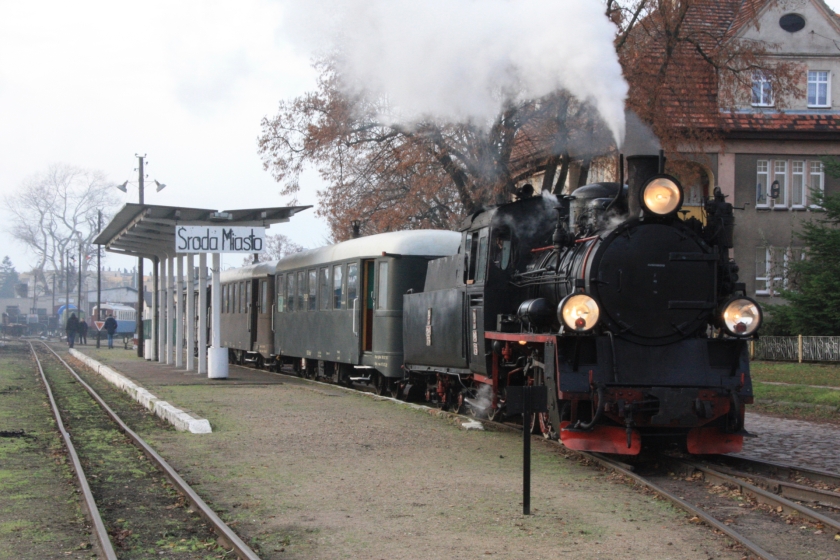 Journey’s end at Sroda Miasto, with the locomotive depot in the background

Services run at weekends from early-May until mid-November, with two or three round trips each operating day. Departures from Sroda are at 10.00, 14.00 and at 18.00 (when the three-train timetable is in force). A round trip costs PLN 20.00 (£4.10) and full details of the railway (in English) can be found at http://www.sredzkakolej.pl/english/rozklad_en.html 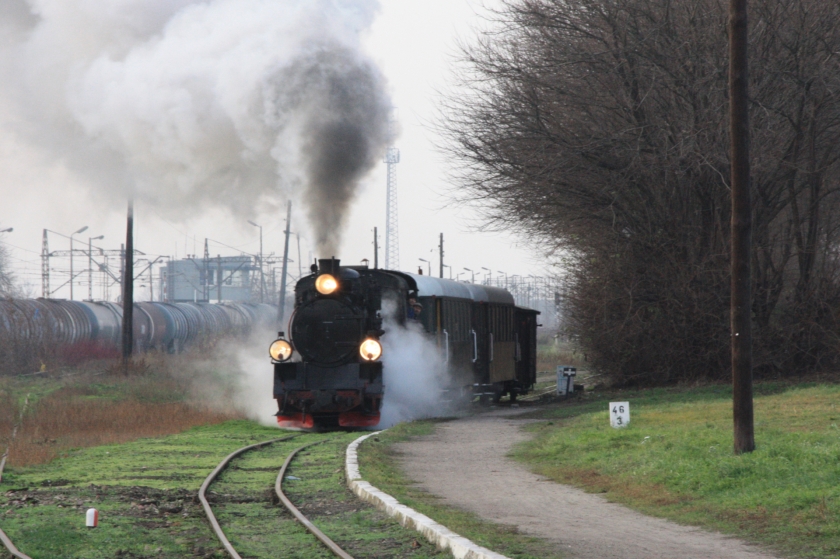