Scheduled steam working at Wolsztyn in western Poland out-lasted the rest of the country by more than two decades, thanks principally to the efforts of Howard Jones MBE and his Wolsztyn Experience, which helped fund continued use of steam on services from the town to Poznan and Leszno by offering footplate experience courses, that have attracted enthusiasts from all over the world.

But changes at PKP Cargo, owner of Wolsztyn depot, and privatisation of the local passenger services, led to a funding crisis and the suspension of the remaining twice-daily Wolsztyn-Leszno service at the end of March 2014. END_OF_DOCUMENT_TOKEN_TO_BE_REPLACED

Where is the international airport whose rail link is only served by steam-hauled trains? It may sound like a rather fanciful question, but the answer is Ronaldsway on the Isle of Man, where a modest airport halt stands behind an industrial estate, some 300 yards from the airport terminal, mid-way along the 15-mile route from Peel to Port Erin. The regular steam-hauled trains stop on request to the guard, or by making a hand signal to the driver.

I know this to be true because I alighted there myself at the end of a brief three-day visit in May 2013 to this fantastic island, with its three separate rail systems (four if you include the horse-drawn trams), all Government-owned and for an inclusive fare (a three-day Island Explorer ticket cost me £32.00) offering a marvellous way to explore all corners of the island. END_OF_DOCUMENT_TOKEN_TO_BE_REPLACED

It became a byword for violent disorder during three years of devastating civil war between 1992 and 1995 and the massacre that took place during that bloody conflict, but the industrial town of Tuzla, in north-eastern Bosnia-Hercegovina has acquired a new distinction, as home to the last working industrial steam locomotives anywhere in Europe.

At a small workshop, next to a closed-down coal mine on the western outskirts of the town, Merim Alicic and his small team of skilled engineers are fabricating new cylinders and other components that are needed to keep a five-strong fleet of huge World War Two-era steam locomotives on the rails. END_OF_DOCUMENT_TOKEN_TO_BE_REPLACED

Despite a long and bitter local campaign, the 30-mile long route from Rosslare Europort to Waterford, in the south eastern corner of the Irish Republic, was closed on Saturday, 18 September 2010 and now remains “mothballed”, with state rail operator Iarnród Éireann (IE) required to maintain the line, in the unlikely event of its future re-opening.

Seasonal sugar beet traffic had once been a mainstay of the South Wexford route, but this had disappeared when the Irish Republic ceased to be a beet producer in 2006, leaving only a single daily return passenger train, departing Rosslare at 07.00 on Mondays to Saturdays, and returning at 17.20 from Waterford. END_OF_DOCUMENT_TOKEN_TO_BE_REPLACED 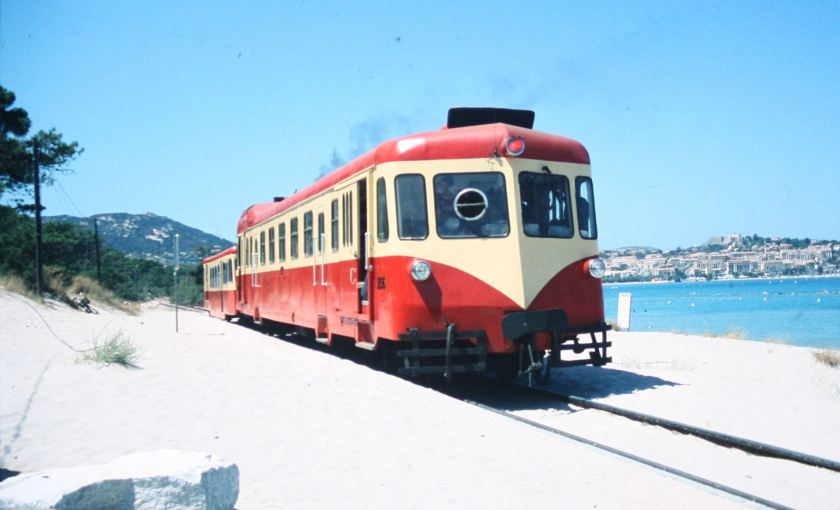 Corsica is probably best known for its liberation front and its wild boar pate, but the large Mediterranean island can also boast the finest and most spectacular narrow gauge railway system anywhere in Europe – at least since the sad closure a few years ago of Portugal’s Douro Valley routes from Tua to Mirandela and Regua to Villa Real.

The 144-mile long metre-gauge system comprises a main Bastia-Ajaccio axis, from which a branch line diverges at a junction station called Ponte-Leccia, just north of the university town of Corte. This 46-mile long branch reaches the island’s north coast at L’Île-Rousse and from here westwards to the terminus at Calvi a seasonal shuttle service known as the Tramway de la Balagne supplements the limited longer distance services, and serves the many beaches and resorts along this delightful coastline. END_OF_DOCUMENT_TOKEN_TO_BE_REPLACED

Memories of a visit to Poland – December 1990 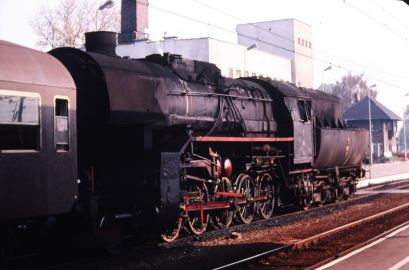 Transcribing this diary a decade after the events it describes brings home just how dramatic have been the changes that have taken place in Poland over the last ten years. Far from the booming economy of today, Poland at Christmas 1990 was a country on the verge of huge changes. END_OF_DOCUMENT_TOKEN_TO_BE_REPLACED