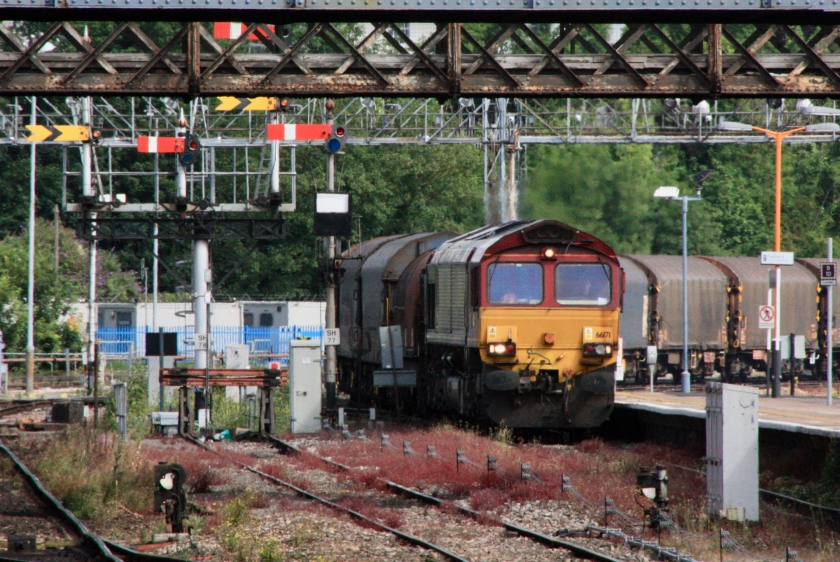 A day-out by train from Cheltenham Spa to Bridgnorth, on the wonderful Severn Valley Railway, meant another chance to spend an interesting time waiting for my connecting train at Worcester Shrub Hill, where the usual diet of West Midlands Class 170 units coming and going was interspersed with the chance to see some rare freight action.

Arriving at 10.14, I was just in time to see DB 66171 as it arrived and then passed through platform 2 at 10.23 on Thursday (18 July) with the 09.15 from Round Oak to Llanwern and Margam – rather than using the freight avoiding line – meaning the chance to see it pass Shrub Hill Signal Box’s celebrity signal, SH7, a centre pivot home signal standing almost opposite the box itself (pictured below). 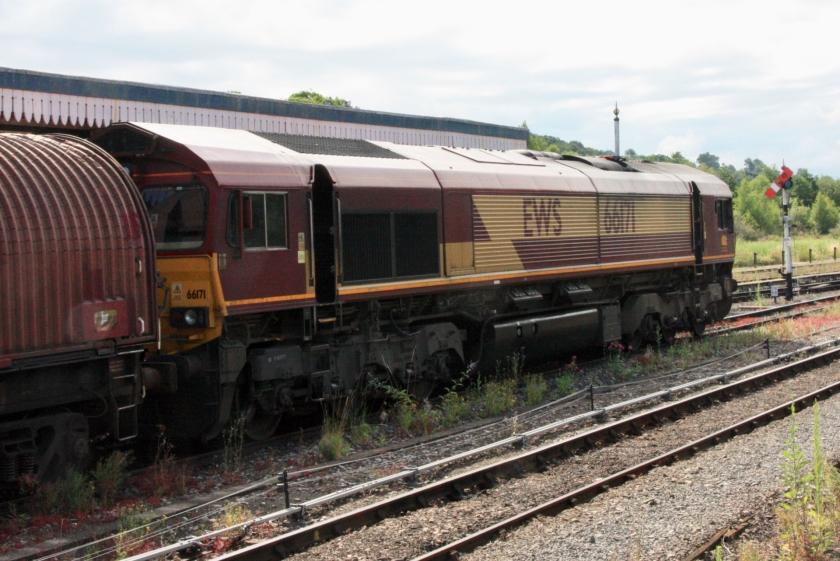 Returning to Shrub Hill later in the day from Kidderminster, I had a pleasant surprise that had curiously not been flagged up on Realtime Trains, when 66055 Alain Thauvette in the attractive bright red livery approached the station shortly before 17.00 with a return working of the steel-carrying train from Margam (11.52) and Llanwern (14.54) to the Round Oak steel terminal, which is between Dudley and Stourbridge.

As I wrote in my favourite photo-spots feature on Worcester in February, Shrub Hill station is a fascinating and rather sleepy place, that has a fine array of semaphore signals at both ends of the station and a regular flow of passenger services, with GWR Hereford-Paddington and Great Malvern to Bristol and the South West services in the hands of Class 80x IET sets and Class 165/158 units, as well as the WMR Class 170 units.

My new book “Britain’s last mechanical signalling” is out now and available from publishers Pen & Sword, as well as online from Amazon and Waterstones. For more about the book, see my home page.