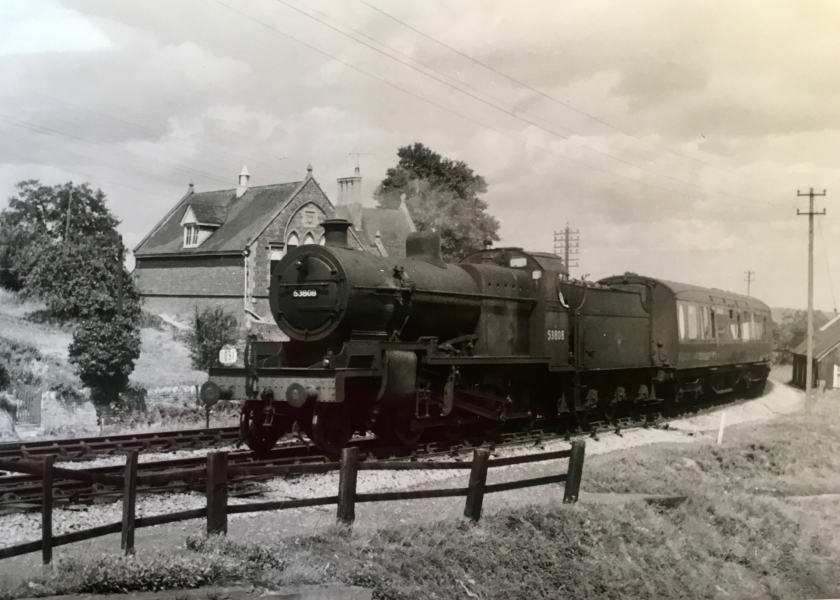 Features on my late father’s railway travels in Wales and across Gloucestershire during the early 1960s attracted a good deal of interest, so for one final dip into what remains of his photo archive, here are a few shots of the famous Somerset & Dorset Joint line from Bath (Green Park) to Bournemouth in the summer of 1962.

1962 was the year that run-down of the S&D began in earnest, being the last year that it was used by expresses such as the legendary Pines Express before these were diverted away to help build the case for closure. It featured in the Beeching Report of March 1963 and, despite a huge level of protest, services finally ceased on 7 March 1966. 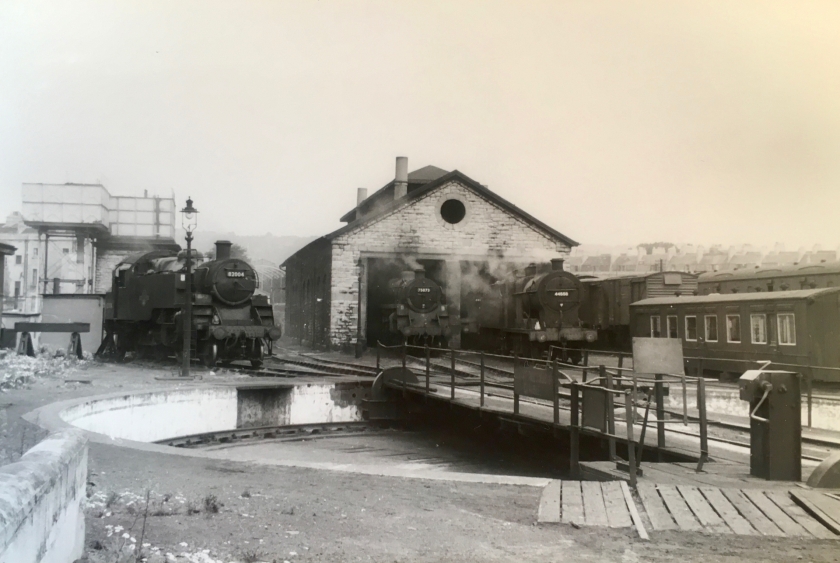 Heading next to Radstock, where this view looking north from the footbridge at Radstock (North) station on 4 August 1962 shows BR 4MT 4-6-0 75027 piloting West Country Class 4-6-2 34029 Lundy as they approach the station with a 12-coach southbound service. 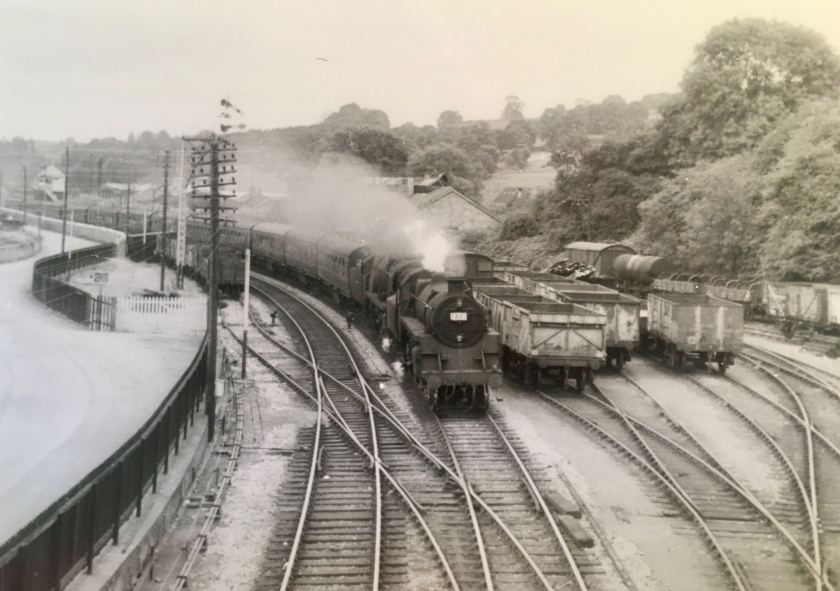 Next up is another summer Saturday service on 4 August 1962, this time at Shepton Mallet (Charlton Road) (photo below) where Standard Class 9F 92245 approaches with a service for Bournemouth (West). 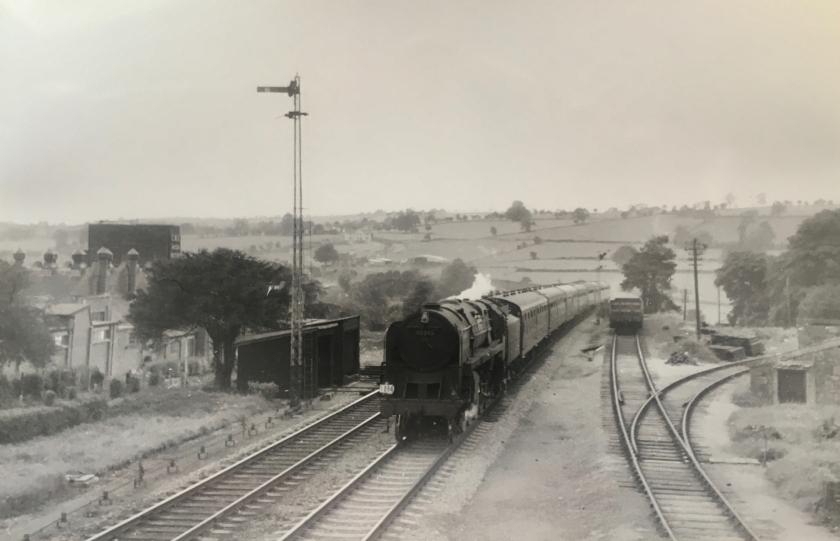 Continuing south, our next port of call is Evercreech Junction, where the main S&D route connected with a branch line to Glastonbury, Highbridge and Burnham-on-Sea. In another view from 4 August 1962, BR 4MT 75009 awaits its next turn as Standard Class 9F 92245 pauses on its return from Bournemouth with a northbound express.

Despite their designation as freight locos, a number of 9Fs were drafted in to haul heavy summer services along the S&D between 1960 and 1963, in order to reduce the need for double-heading. Among those which successfully worked the route during this period was Britain’s last-built steam locomotive, 92220 Evening Star. 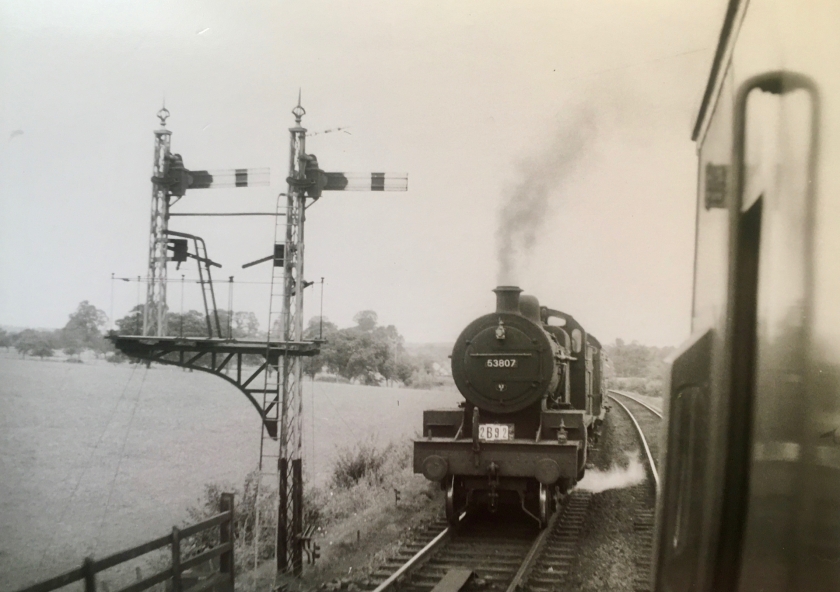 Epicentre of the S&D was Templecombe, where the north-south route connected with the Southern Railway route from London (Waterloo) and Salisbury to Exeter.

A view looking west from the S&D platform at Templecombe on 4 August 1962 (above) with Midland Railway 4F 0-6-0 44102 standing among the lines of freight wagons.

My father Trefor was a prolific correspondent with our local newspaper, the “Gloucestershire Echo” on the subject of rail closures. This letter, dated 8 June 1962, sets out his objection to re-routing of the Pines Express away from the S&D 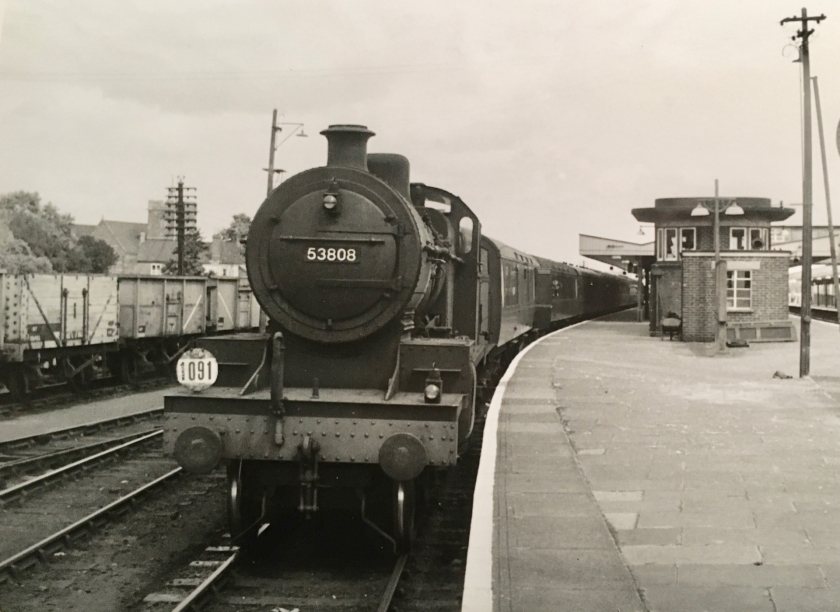 Some summer expresses would pass Templecombe non-stop, but most services would require a complicated manoeuvre by which a southbound train would arrive at the station then reverse down onto the S&D before continuing on towards Bournemouth.

In the photo at the top of this feature we see now-preserved S&DJR 7F 2-8-0 53808 arriving at Templecombe on 4 August 1962, while a little less than three years later the same loco is seen above on 16 May 1965 at Dai Woodham’s famous Barry scrapyard.

Two of the 11-strong class of 7F 2-8-0s have survived into preservation, with 53808 having been rescued from Barry in 1969 and now based at the West Somerset Railway, while sister loco 53809, seen above at Templecombe shed on 17 May 1962, is at the North Norfolk Railway. 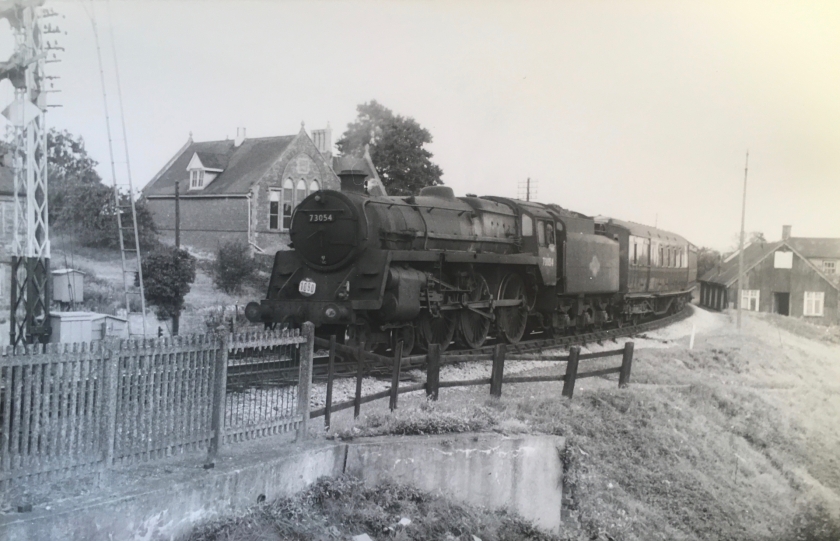 Two final views at Templecombe, both from  4 August 1962, show 5MT 4-6-0 73054 on the curve up from the S&D to the SR station (above) while the bottom photo features un-rebuilt Battle of Britain Class 4-6-2 34054 Lord Beaverbrook passing Templecombe goods shed with a westbound service towards Yeovil Junction and Exeter.