Gold Card (annual season ticket) holders in what is now the South Western Railway (SWR) franchise area have, without warning, lost a great perk of their long-term loyalty to the railway.

After 20 years in which previous franchise holder Stagecoach gave its annual season ticket holders six free week-end tickets a year, this attractive and valuable perk has been quietly abolished by new franchisee FirstGroup/MTR.

As readers of my January 2017 blog post “Save money with a £172 ticket to Ryde” will recall, these free tickets made it well worthwhile for someone like me, who is no longer a daily commuter, to buy the cheapest available Gold Card within what is now the SWR region, in order to benefit from both the discounts offered by the 12-month ticket, but also the six free week-end tickets.

Over the past 20 years I am sure many thousands of other Gold Card holders, like me, have enjoyed using these free tickets to travel well beyond their usual line of commute. 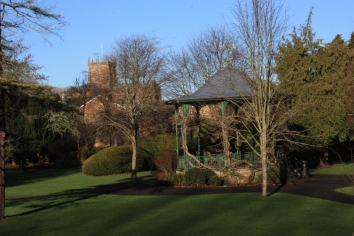 In my case it has meant opportunities such as cheap travel to Cornwall, by using free tickets from home in Haslemere as far as Exeter, day trips to Wareham and Weymouth, week-ends in the delightful town of Sherborne (pictured), and even the chance to take my son to see our football team (Cheltenham Town) playing at Yeovil!

Such is the respect which guards have for Gold Card holders that I recall even being offered a free first class upgrade on a journey back from Exeter, simply by showing my gold Card and free weekend ticket! 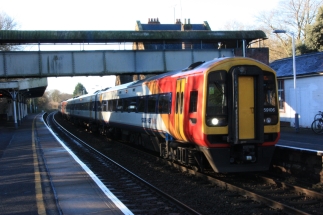 It is deeply regrettable that a perk which – once again – has more than repaid the cost of my Ryde Gold Card over the past 12 months has been abolished without any warning or consultation.

SWR has got off to a pretty lamentable start since taking over the franchise in August and could surely do with all the goodwill it can muster from those who commit many thousands of pounds a year to the railway, simply for dubious pleasure of getting to their place of work.

Free week-end tickets could always be held over until a subsequent year, provided you still held a Gold Card, and as a concession to this, SWR tells me that free weekend tickets will still be honoured up to the first anniversary of the new franchise, on 18 August 2018.

On behalf of fellow Gold Card holders, I am calling on the management of SWR to think again about this retrograde decision.

It must have a totally negligible financial impact on the franchise’s profitability, but is one which is still capable of generating a high level of goodwill amongst its critically-important (and currently shrinking) customer base of long-term season ticket holders.