EXACTLY one year ago today (Saturday, 1 June 2019) the era of mainline HST operation across the West of England drew to a final close, with a special farewell tour of the GWR network by a set formed of power cars 43002/198, the former having been repainted in its original British Rail blue and white livery.

Having long ago become fascinated by a train that literally transformed the fortunes of British Rail in the 1970s, I decided to briefly witness this final run at delightful Moreton-in-Marsh, a place I had also visited just two weeks previously to witness the last day of scheduled HST operation on the GWR network.

As I have written on a number of previous occasions, Moreton-in-Marsh is a charming outpost of mechanical signalling and boasts the closest semaphore signals to be passed by any train travelling from London Paddington (at 91¾ miles).

From the great vantage point of the London Road over-bridge south of the station, I and a couple of fellow enthusiasts were able to see and photograph 43002 Sir Kenneth Grange and 43198 approach the station on this final working for its scheduled 09.20 stop at the station (photo above and top/bottom).

A fortnight earlier (18 May 2019) my visit here had given me the chance to photograph seen 43162 Exeter Panel Signal Box 21st Anniversary 2009 and 43172 Harry Patch the last survivor of the trenches arriving at Moreton with the delayed 11.22 from Paddington to Great Malvern (photos above and below). 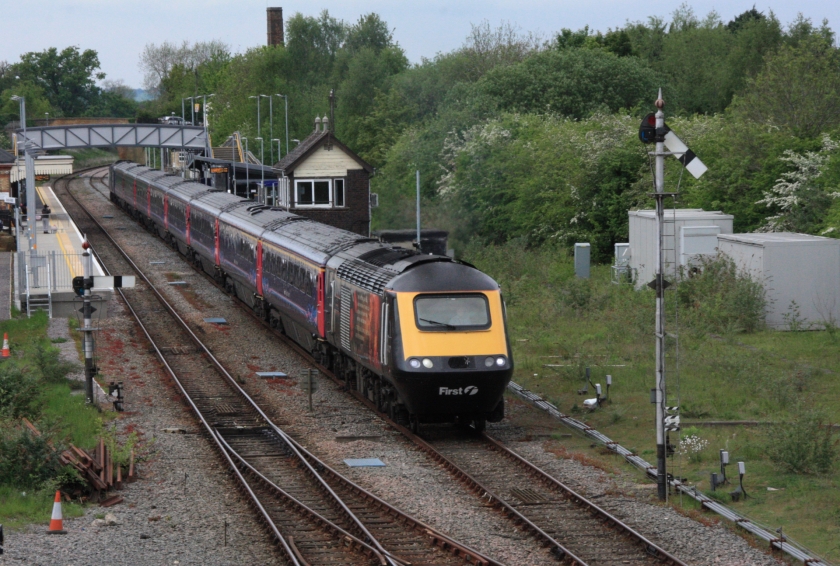 This was to be the penultimate down HST service on the Cotswold Line and was terminated at Worcester (Shrub Hill) due to late running.

Its return working, departing Moreton at 15.48 (photos above), became the last up HST on the Cotswold Line and this set then formed the 18.15 from Paddington to Cheltenham Spa, so also becoming the last HST working over the Golden Valley Line via Stroud. 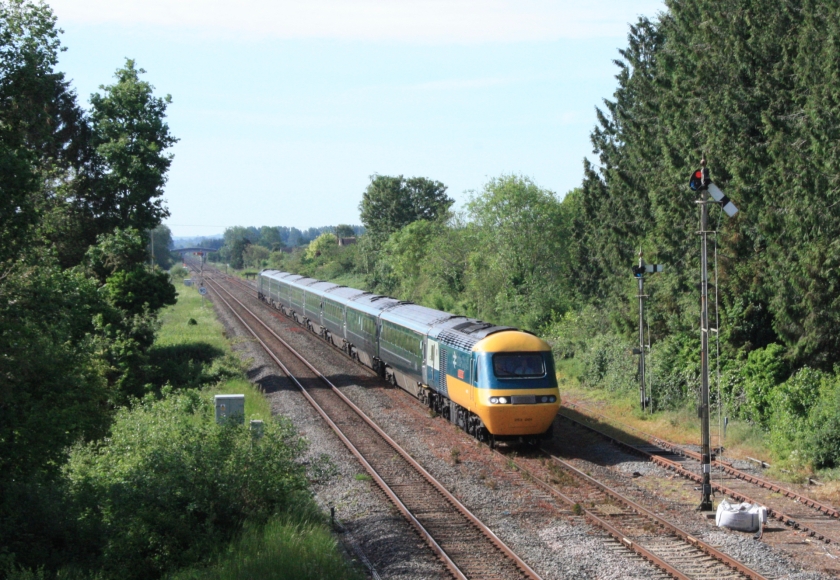